You are here: Home / London / House of Dreams Museum

On a residential street in south London, one terraced house is unlike any other. Some clues emerge with the high Mediterranean blue fence outside, and the tiled garden wall, but nothing prepares you for what’s happening on the other side. This is a home. This is also the House of Dreams Museum. 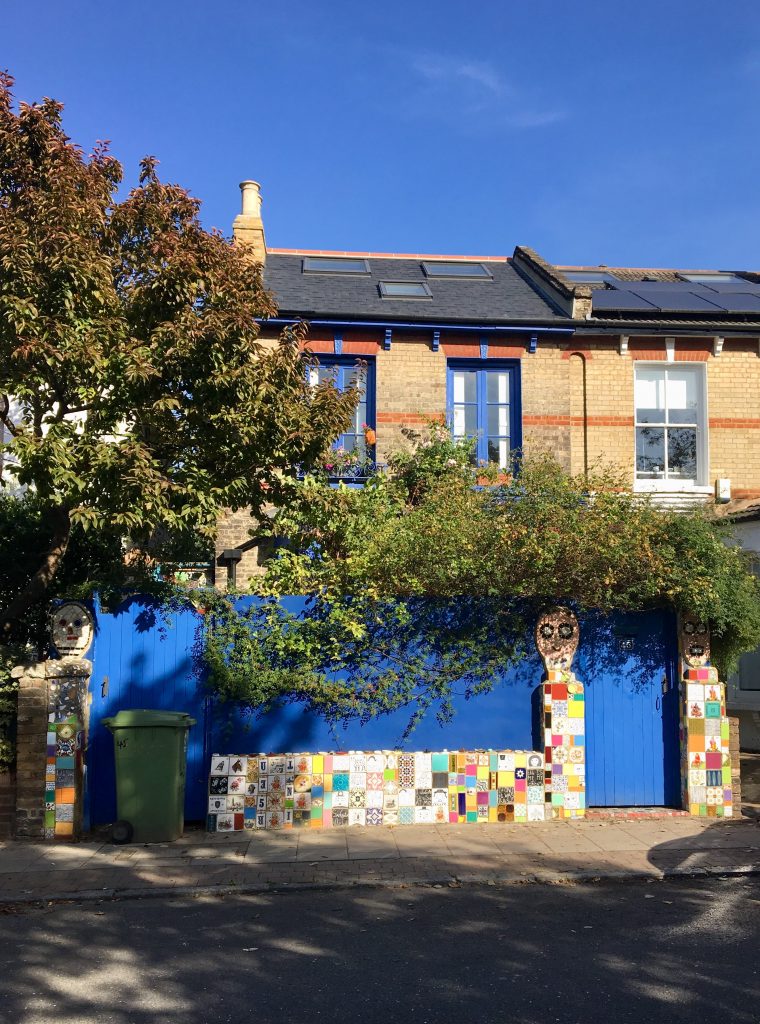 The artist who lives here is Stephen Wright. With a love of art from early childhood, he turned that into a career as a fashion and textile designer. But in 1998 he decided to leave something more permanent. With his then partner (Donald, who died in 2004),  Stephen began making his suburban house, where he has lived since 1982, the artwork.

His research and inspiration came from Raymond Isadore’s Picassiette in Chartres, in northern France, and Le Palais Idéal – created by Facteur Cheval in Hauterives, also in France. And if he wasn’t influenced by Gaudi’s work in Park Güell, Barcelona, I’d be surprised.

In the first few years of his project, Stephen lost the three most important people in his life: his partner and both parents. He took a short break but was soon back working on the home museum; making the sculptures his family.

He now lives here with his partner, Michael, who is highly supportive.

A Visit to the House of Dreams

And so we reach the front door…

I particularly liked the note on the front door: “I decided to go for the minimal look”.

When the door opened we were told the space is tight but, don’t worry, no-one is precious if something gets knocked off. It just gets stuck back on later. And photography is not allowed inside, which has got to be for the best or no-one would really be looking. And this place needs a lot of looking. (To see photos from inside, do look on the official website – link below.)

While we all like to add a stamp of individuality to our home, this isn’t a house covered in artist’s paintings. Or even murals painted directly onto the walls. Oh no, this is a home with objects cemented onto every surface: walls, ceiling, floor, windowsills, literally everywhere. Dolls, hair curlers, false teeth, bottle tops, toys, cheap plastic necklaces, pens and so much more. Stephen clearly liked brightly-coloured bleach bottles as they feature more than once. Plastic dinosaurs, old records, pin badges. It’s like society’s dustbin.

Collections of photos are more personal and it’s not just Stephen’s life documented here as people bring him items to be added. And some people just throw bags of things over the garden fence for them to find in the morning. Stephen knows where every object came from and they all have a memory or a meaning.

The ground floor of the house is the museum, and Stephen and Michael live upstairs. Those who visit for an open day are invited upstairs to the living room to watch a short film about the project. And Stephen has recently had a loft conversion completed so he has an art studio at home where he can shut the door at the day.

While the front garden is an insight to what’s to come inside (I’ll show you below), the back garden is surprisingly tranquil. Stephen confirmed it’s a lovely place to relax with a glass of wine in the evening.

Back out in the front garden, photography is allowed and it’s hard to know where to look. The floor is a mosaic of broken crockery including mugs and teapots. There is some planting but it’s hard to notice when painted dolls are looking at you.

Stephen Wright has left an impressive personal legacy. He says the house is a message of freedom, about not having to be like everyone else. The House of Dreams Museum has been bequeathed to the National Trust. 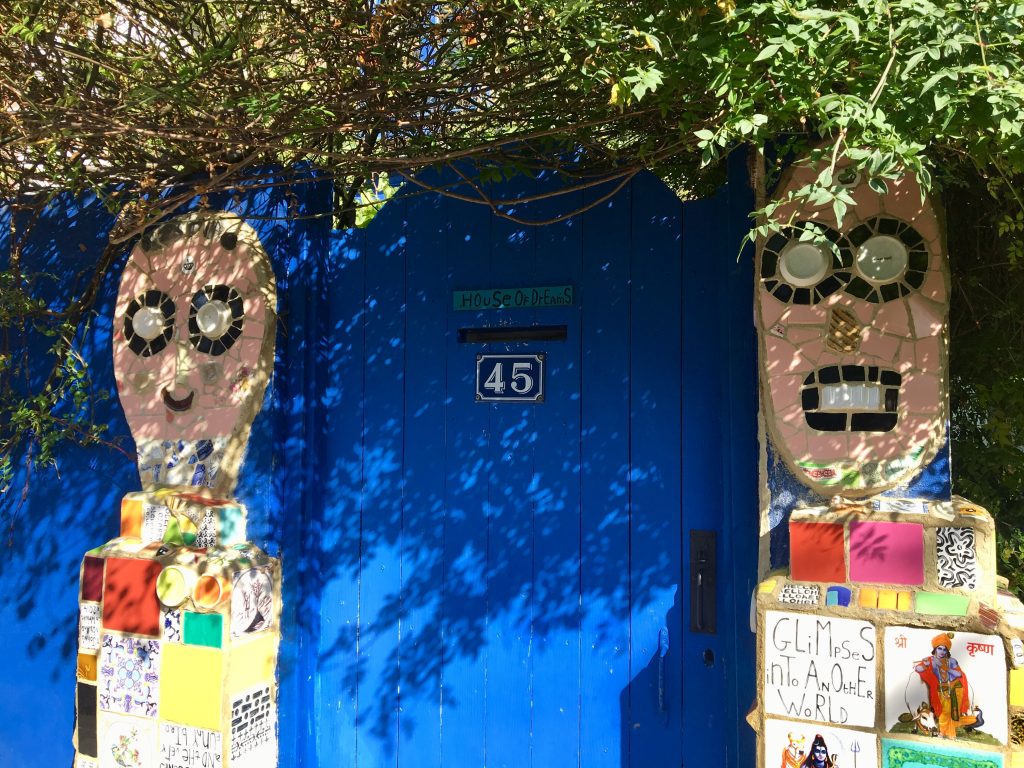 Anyone can visit but you do need to book in advance. There are monthly open days and you’ll get to meet both Stephen and Michael who are incredibly welcoming.

Children go free (but I’d think very carefully about bringing them here unless you really think they can resist touching everything).