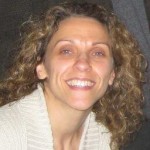 Laura Porter (that’s me!) is also known as @AboutLondon as I’ve been writing about London and sharing tips and advice about the best city in the world for over a decade. I wrote the About.com London Travel site for ten years (2006-2016) and contribute to many other publications while maintaining an afternoon tea addiction to rival that of our Queen. Do have a look at the list of my latest articles.

I write for many publications about London as it is my ‘specialist subject’. While writing the About.com London Travel site it was included in The Independent 50 best travel websites (where I was described as a “mastermind”) and About Travel was ranked no.4 in the world.

I’m a travel writer for Hotel du Vin and Malmaison, and I write a monthly round-up of interesting things to do in London for the London Bridge Hotel blog. And until July 2018, also for Fraser Suites Kensington and Fraser Suites Canary Wharf too.

You’ll find my name and ideas cropping up in plenty of other places including VisitLondon, VisitEngland, VisitBritain, Londonist, Laura’s London for Anglotopia and Londontopia, HouseTrip, Great British Chefs, coolplaces.co.uk, Heathrow Express, Travelzoo and many more.

I wrote the Jan/Feb 2013 London supplement for BRITAIN magazine, and I’ve been a judge for the British Youth Travel Awards since 2013.

As I’ve built up a loyal following, especially on Twitter, I now help companies manage their social media accounts.

I’ve worked with myKidsy and Cooking Them Healthy setting up their social media strategies, and still work with the fantastic Zippos Circus.

I have been interviewed many times about London and because my unusual job makes people curious to know more.

I spoke to Anthony Davis for the Visit London Talks podcast (episode 5), and was a Featured London Blogger on London24. KidRated has interviewed me too: Meet About London’s Laura Porter.

Written By
Laura Porter
More from Laura Porter
I shared lots of information about the Museum of London Fire! Fire!...
Read More

Looking to get insider tips about London? @AboutLondonLaura is all about the best to see and do in London.