I read about the British Library family trail on kidrated.com and was impressed so we headed there recently to try it out. We printed the trail at home but, I believe, the trail is also available from the Information Desk. 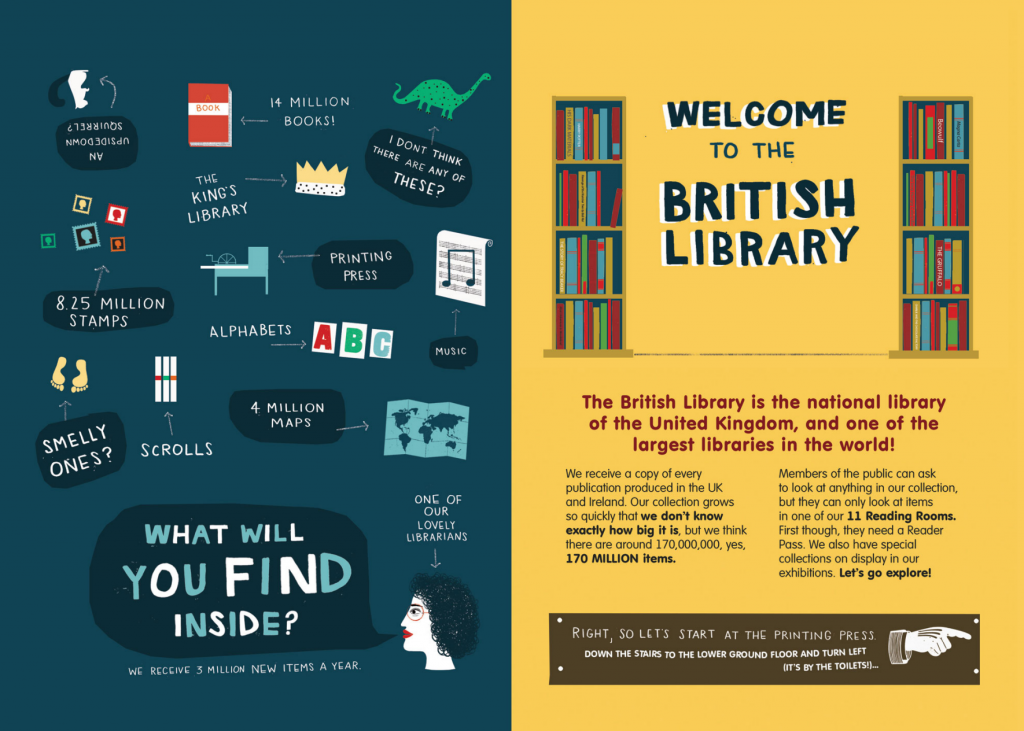 While the 10 year old was whinging on the way there I got the trail out to see if there was anything we needed to read in advance. Some trails are often collections of fun facts and information but, essentially, can be done at home. This one is different so after reading a short introduction – did you know there are around 170 million items in the British Library, and members of the public can ask to look at anything in their collection? – we had to follow the really simple directions upon arrival.

I’ve got to say I was impressed that the trail starts right by the toilets; it’s like they know the first question families ask at any museum! 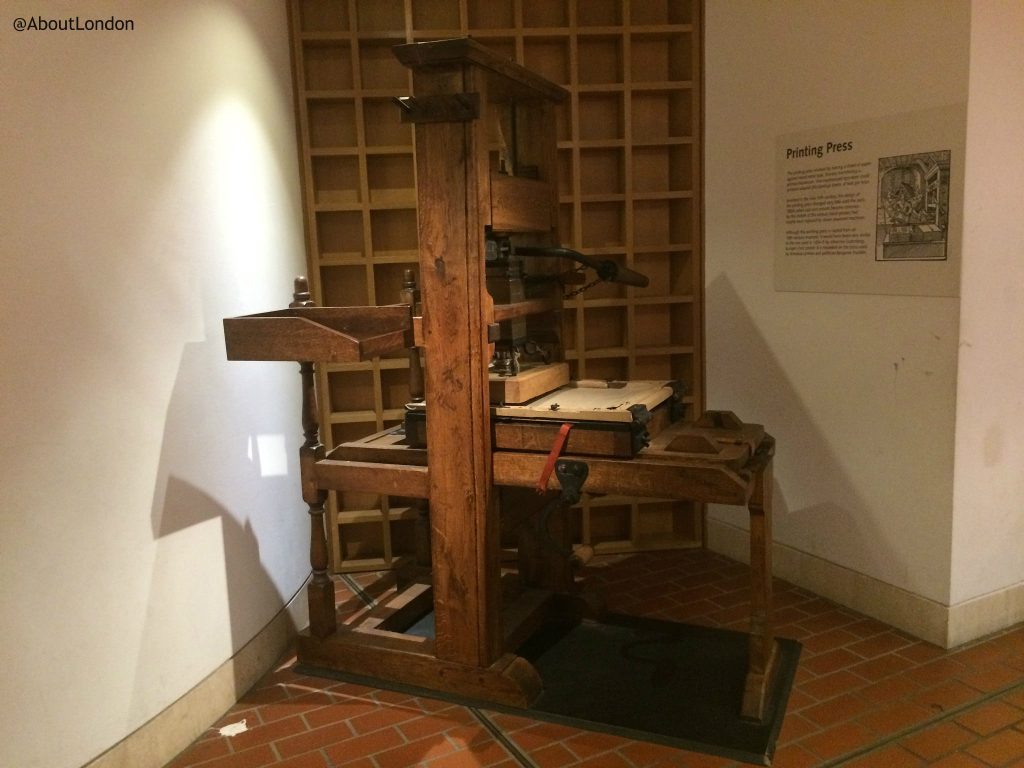 The first stop was to see a German printing press from the 15th century – seriously, it’s just outside the toilets – and I was a bit concerned as we couldn’t get an exact answer to the first questions on the trail from the information board but the rest of the trail ran smoothly.

We spent quite a bit of time looking at the trompe l’oeil Paradoxymoron painting by Patrick Hughes as it’s really good fun. While we were giggling and looking at it from all angles we got talking to a chap who was at the cashpoint who said he only looked over when he heard how happy we sounded and while he’s at the Library most days he had never stopped to look at this before. He then joined in squealing with us so never presume academics and grown-ups won’t find joy in the same things as children. 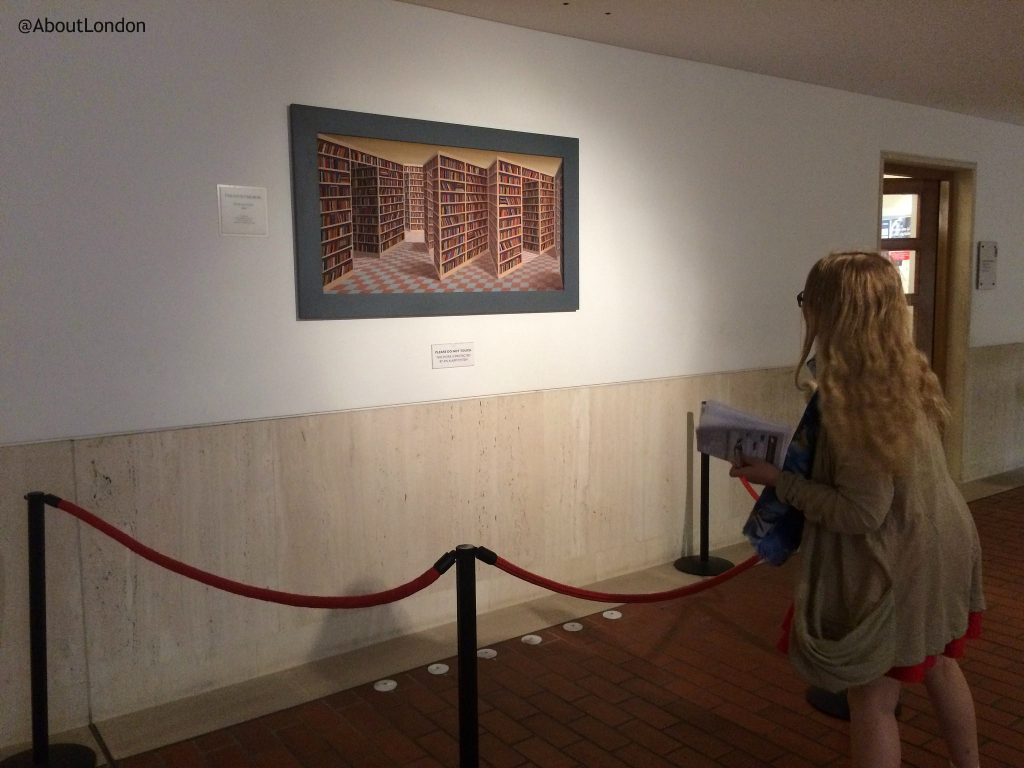 While the King’s Library is housed in a huge glass tower in the centre of the British LIbrary it is actually surprisingly easy to miss so I was grateful to have this opportunity to stop and look at the books. The trail tasks were quite simple but we spent time choosing our favourite book spines and imagining reading them and what we would discover. 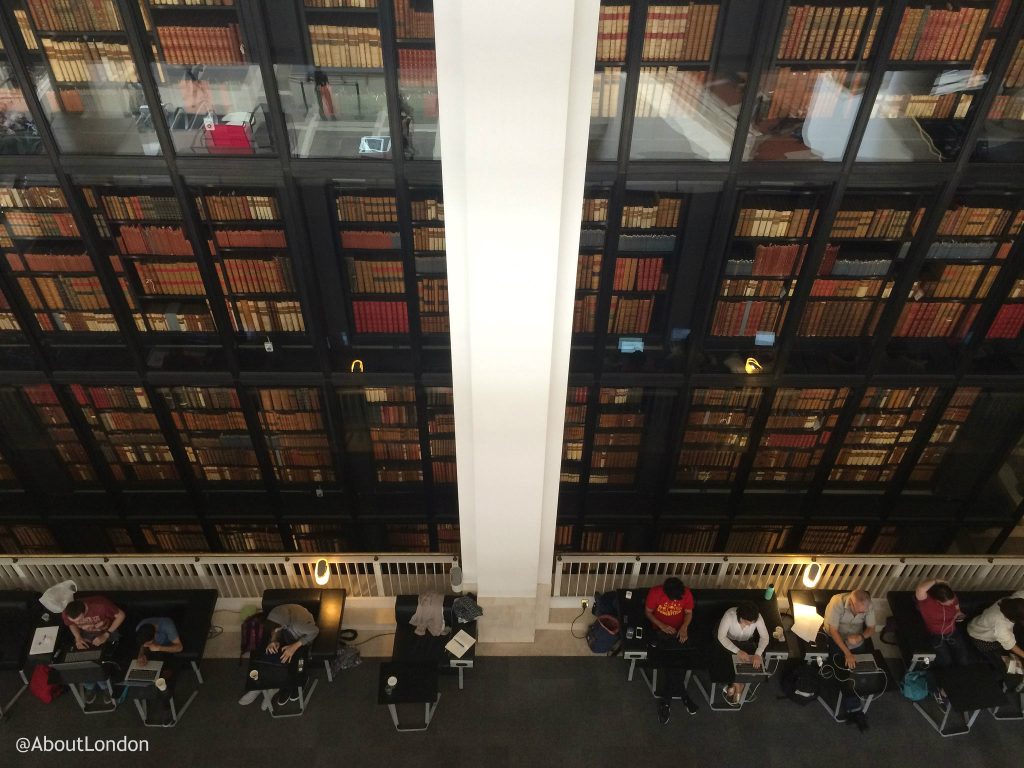 The trail continues up to the Maps Reading Room and I thought this was an area most visitors can’t access without a Reader Pass. But in the lobby there’s The Klencke Atlas – the second largest atlas in the world!

Next the trail takes you to The Philatelic Collection which is, of course, the stamp collection. This is cleverly displayed on large boards that can be pulled out from the wall. We rather forgot the trail activities here as it was fascinating to see so many stamps from around the world. 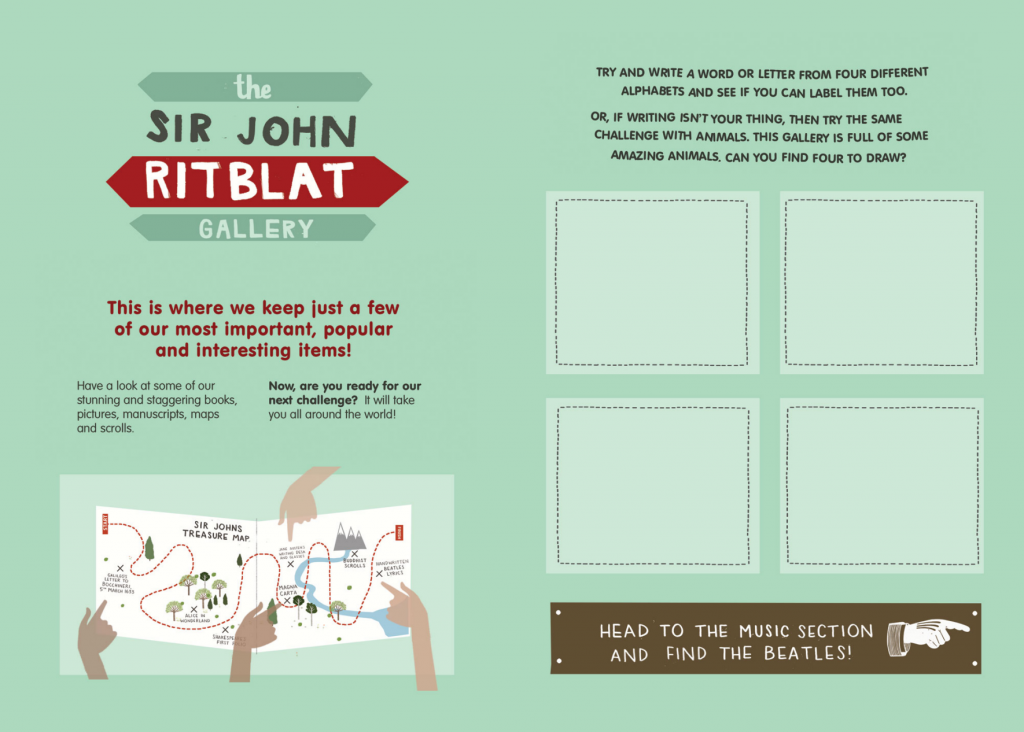 The final area of the British Library on the trail is The Sir John Ritblat Gallery – the gallery I think of as the Treasures Gallery. We discovered different alphabets around the world and even listened to The Beatles before trying to think of items we would like to be added to the collection.

As the British Library cafe is always busy we didn’t get to stop for lunch, but we did spend some time (and money) in the shop. It’s not just books but also great for gift shopping.

Would I recommend the British Library Family Trail? Absolutely as it gives you a new reason to really get to know this venue, and reminds us that while parents are always keen to foster a love of reading in their children libraries are also a wonderful place to explore.

We’ve also tried the Hetty Feather Trail at the Foundling Museum and would recommend it too.