When I visited The Chilterns I knew the area had a growing reputation as a food and drink destination. I read about farmers markets and vineyards, chocolatiers and flour mills, but my food and drink of choice is always afternoon tea so I wanted to try the best in the area. While it involved a short taxi ride from Henley-on-Thames, it was totally worth it for the ‘wow factor’ at Danesfield House Hotel and Spa. 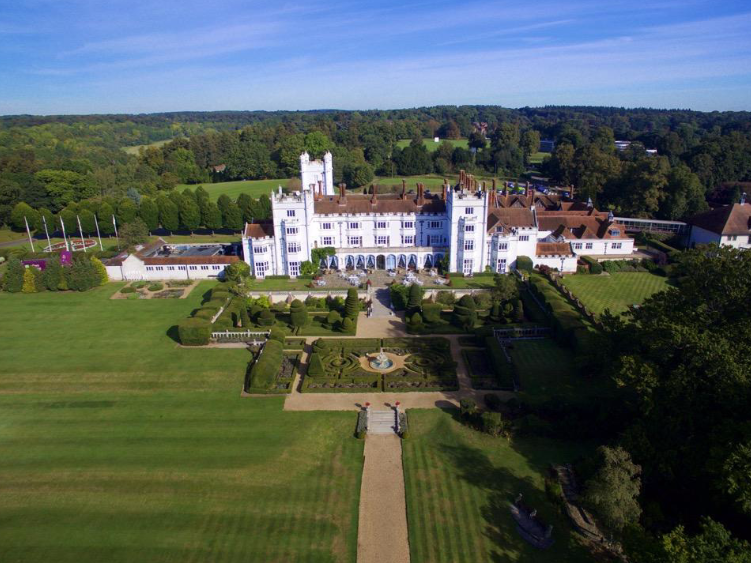 Let me tell you a bit more about the venue and then you’ll know why it had to be top of the list.

Danesfield house is set in 65 acres of formal gardens in Buckinghamshire, with views of the River Thames and the Chiltern Hills beyond. It was rebuilt in 1899-1901 by Robert William Hudson, the son of the “Sunlight” soap magnate Robert Spear Hudson. He chose the Italian Renaissance architectural style, faced with locally quarried rock-chalk with imposing terraced gardens overlooking the river.

I love the fact that the house was finished with huge disregard of expense. Thankfully, Hudson had better taste than many if the newly rich of today and the house is an architectural showpiece. Once his mansion was completed he knocked down the old house and chapel, and then made the decision to sell up and move on.

During the Second World War Danesfield house was requisitioned as an RAF base and used afterwards by the Air Ministry. The RAF used the “clocktower” side of the house for Officers’ accommodation with the Grand Banqueting Hall, offering what must been the most luxurious Officers’ Mess in the country.

Danesfield opened as a luxury country house hotel in 1991 so has been been making guests feel very special for over a quarter of a century. 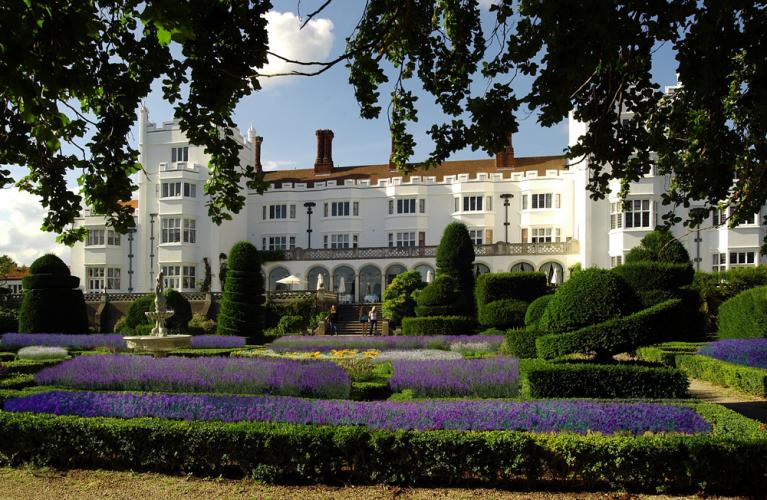 The majority of the present planting was carried out while the house was being converted into a luxury hotel but the topiary and the box hedging is original. 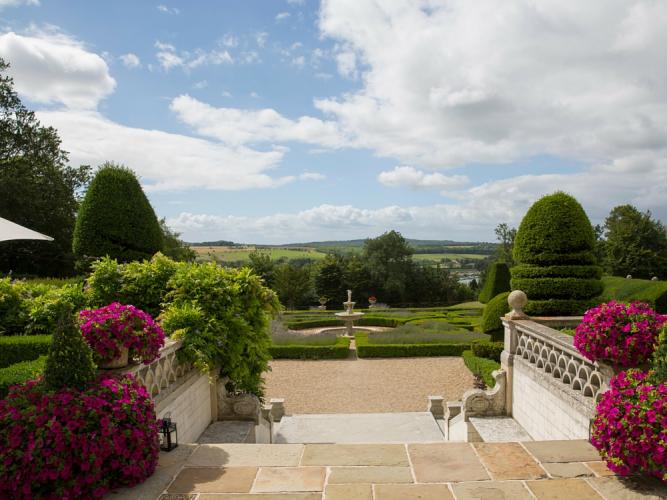 There’s a path down towards the river, and there’s even a resident ghost. Look out at twilight for the Grey Lady of Danesfield Park who carries an old fashioned lantern and walks from where Danesfield Chapel once stood. 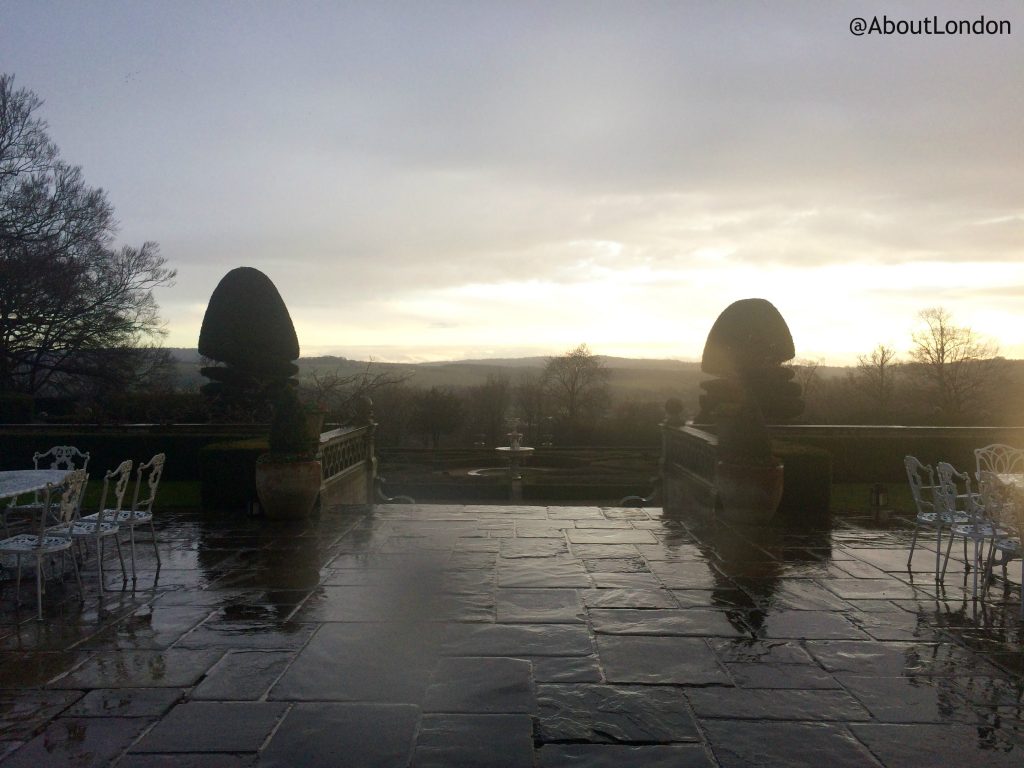 But I came here for the cakes (and it was raining) so I didn’t explore the gardens. I did look out at The Terrace from the Orangery where afternoon tea diners get to enjoy that view. 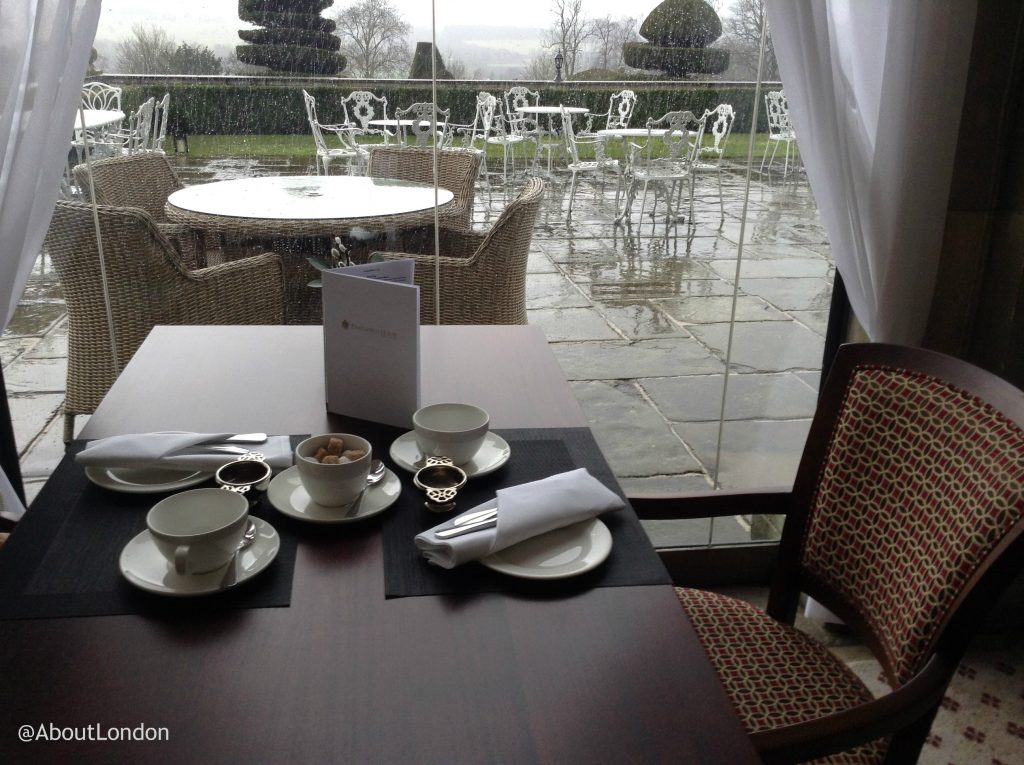 I imagine dining on The Terrace is a real treat in the summer months but I was happy in The Orangery, remaining dry and admiring the topiary with a pot of tea.

So you get the idea that the venue is rather wonderful but I’m sure you’re thinking ‘What about the afternoon tea?’

When we stepped out of the taxi at the entrance, the Doorman welcomed us, took our wet coats and led us through to The Orangery. Staff there escorted us to our table and gave us time to peruse the menu. 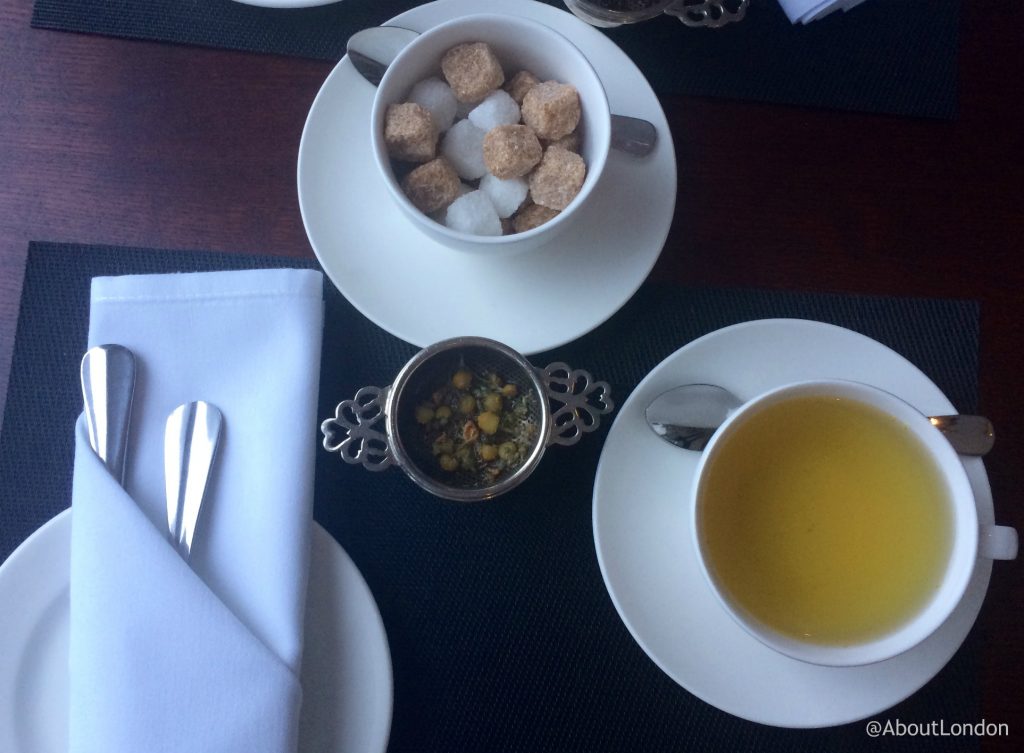 The teas are by Camellia’s Tea House who I know well from when they had a cafe in Kingly Court, off Carnaby Street. It’s a family-run business and they can create personalised blends. The ‘Spa Illuminata’ bespoke blend is white tea with apricot, ginger and flowers, and it is utterley delicious. (Spa Illuminata is the name of the Danesfield House Spa and they have a Spa Illuminata in Mayfair too.) 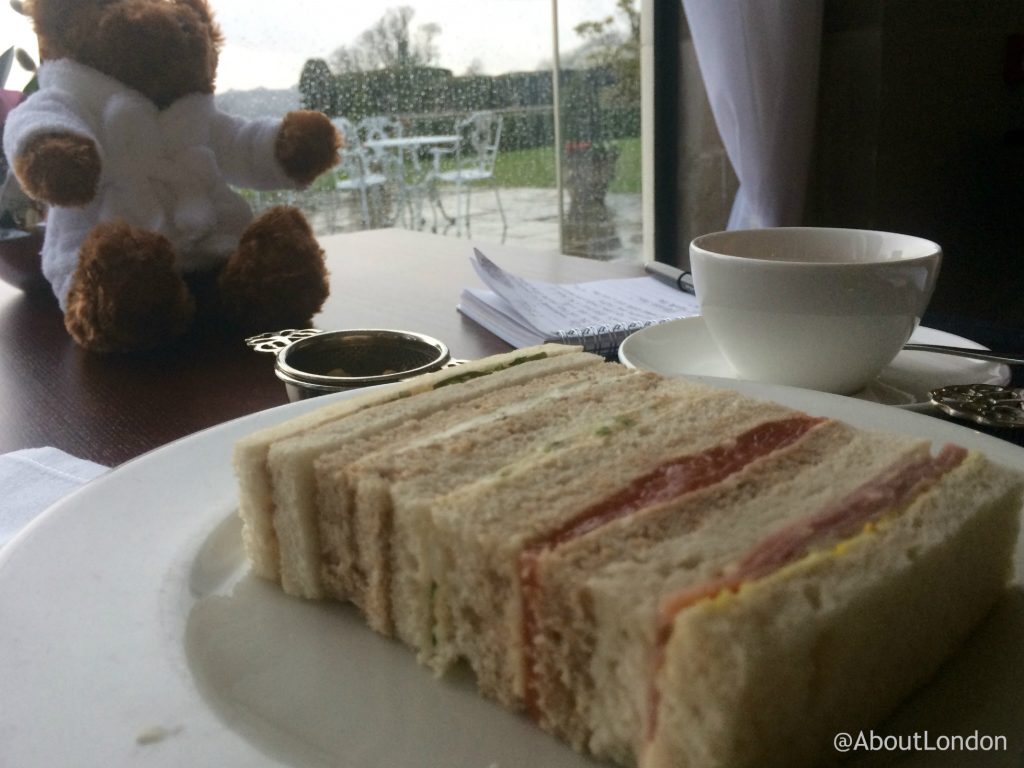 The three-tier silver cake stand had finger sandwiches on the bottom layer, warm scones on the top with the clotted cream and jam in the middle. Don’t worry the cakes aren’t forgotten; they come served on a black slate to sit next to the cake stand. 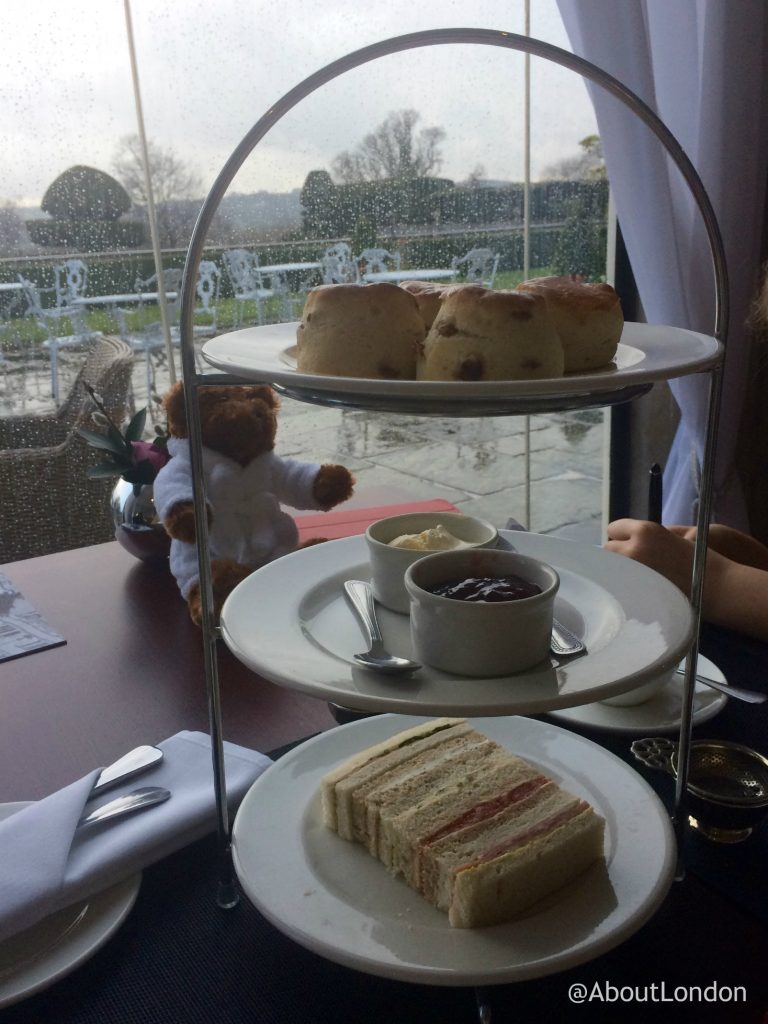 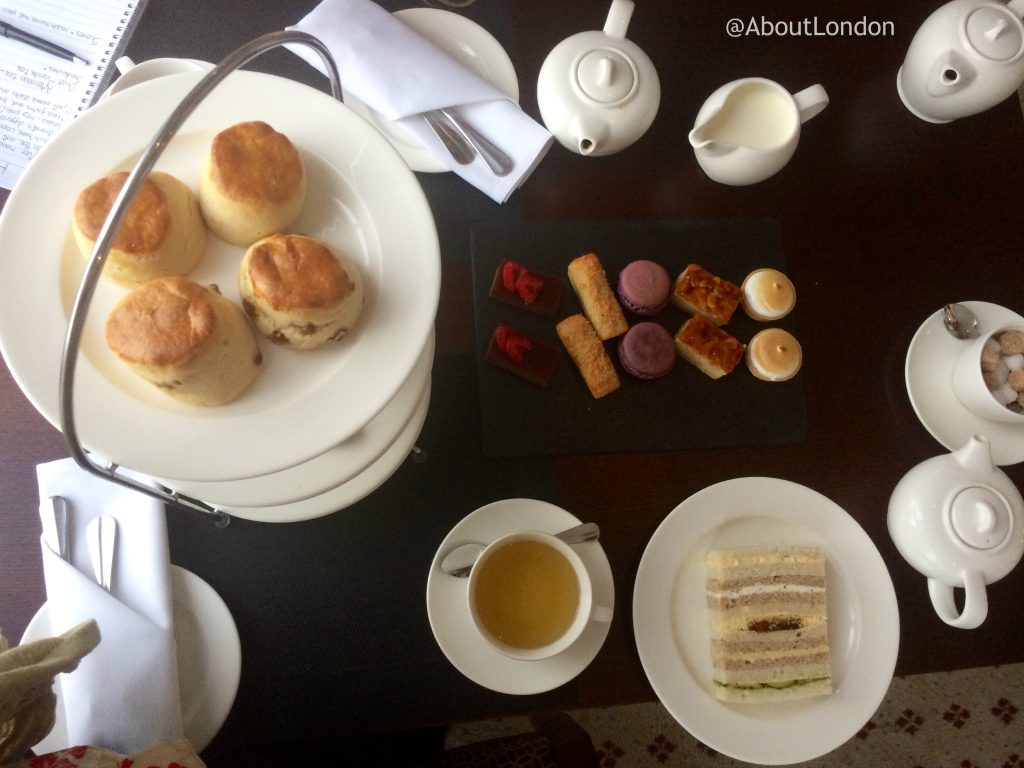 We had five finger sandwiches each (vegetarian options are available), and two warm scones – one fruit and one plain. And there were five sweet treats each too. 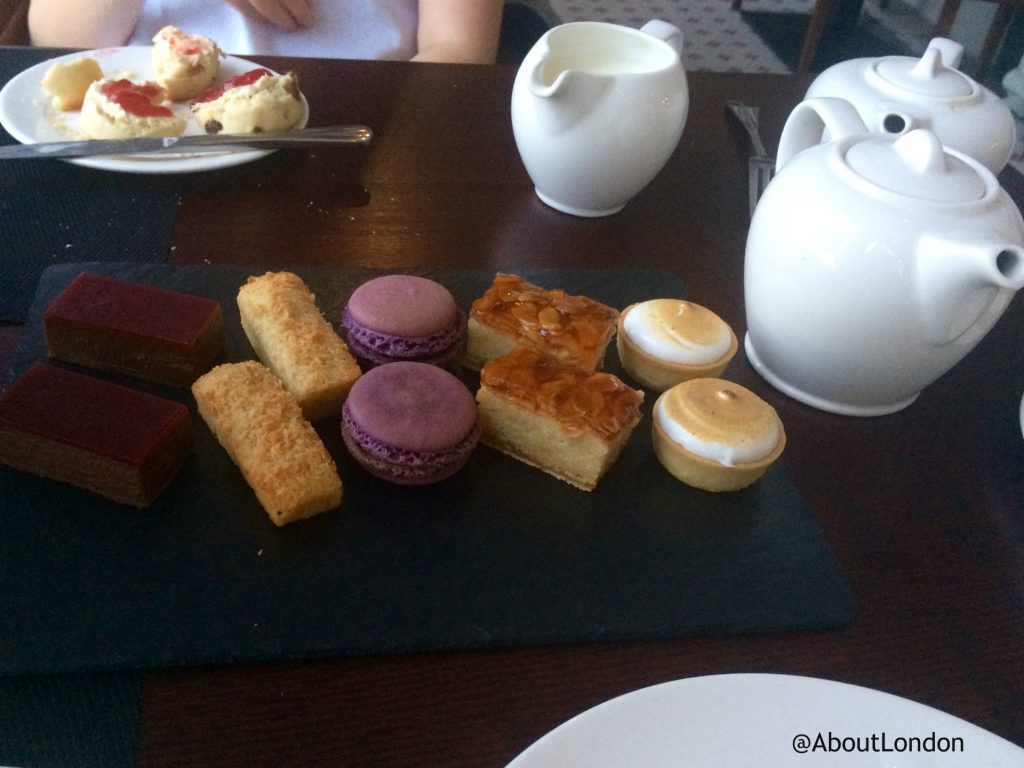 Our sweet treats included a chocolate and raspberry mousse and a lemon meringue tart. 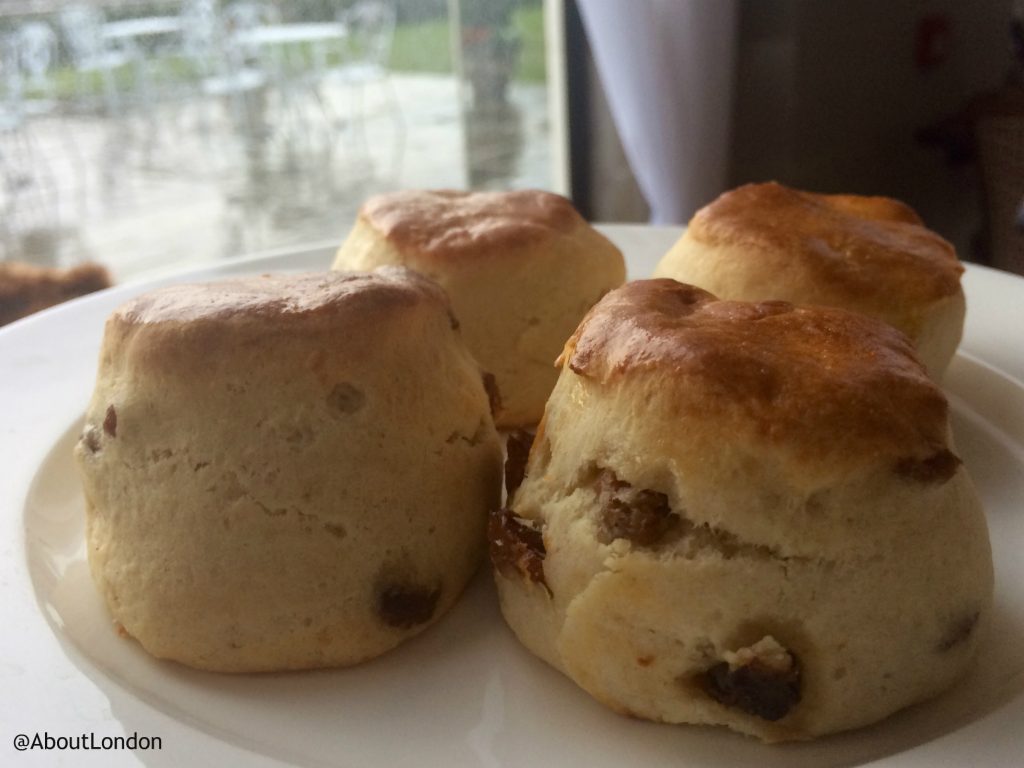 The warm scones (I keep mentioning the fact they were warm as this isn’t always the case) were particularly good. They cut in half easily and we didn’t leave a crumb. 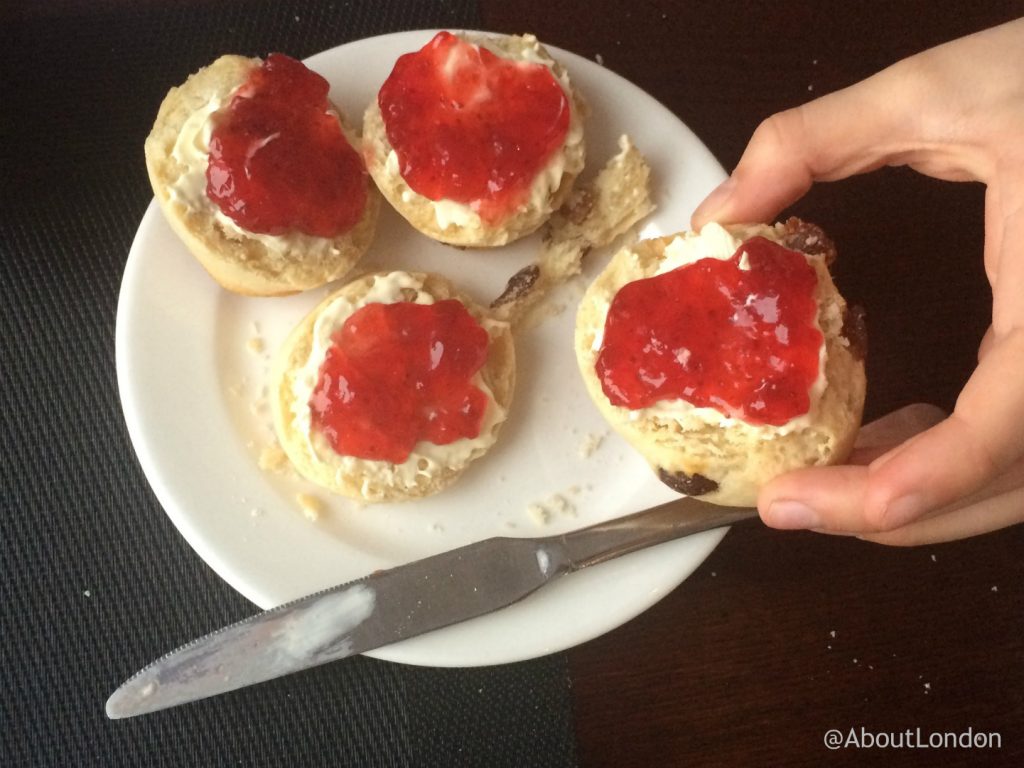 We actually filled up on the sandwiches and scones and had to ask for the sweet treats to be boxed up so we could take them with us. Don’t worry, they got enjoyed later in the evening!

Danesfield House is a wonderfully luxurious hotel and the afternoon tea is of an incredibyy high standard. This would be an excellent location for a special occasion or a self-indulgent country retreat. I definitely hope to return.

It’s a tranquil setting and easy to reach from London (train to Henley-on-Thames or Marlow and a short taxi ride.)

While it would be amazing to stay here, I stayed at the Chiltern Valley Winery and Brewery Farmhouse B&B which is a short taxi ride away. 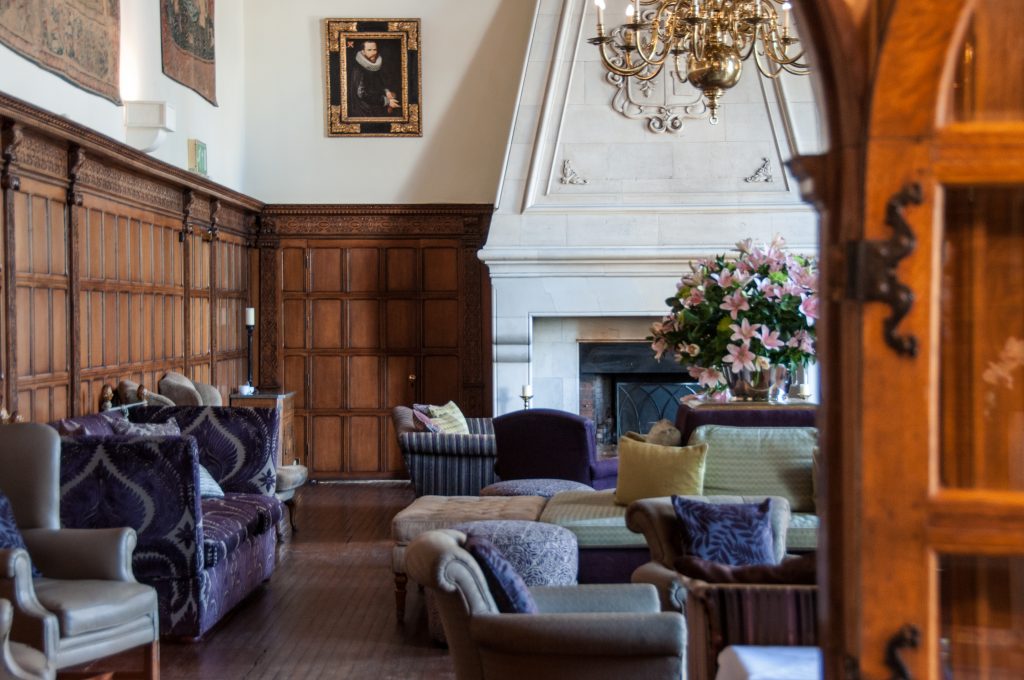 It would be remiss of me not to mention George Clooney as his name was mentioned every time I told anyone about Danesfield House. This was the location of the post wedding celebrations of the marriage of George Clooney to Amal Alamuddin, the British lawyer, in 2014.

The hotel is only 14 miles from the Grade II-listed manor house the Clooneys have bought in the village of Sonning in Berkshire.