You are here: Home / London / St Dunstan in the East – City of London Garden

We still use a church name for it but St Dunstan in the East is actually a garden in the City of London. The church was damaged during the World War Two Blitz and a decision was made not to rebuild. The ruins are still here so we have a wonderfully atmospheric and peaceful garden with greenery growing over the walls and through arched windows.

St Dunstan in the East was a Church of England parish church. The address is St Dunstan’s Hill, London EC3R 5DD. It’s a short walk from the Tower of London or from London Bridge. 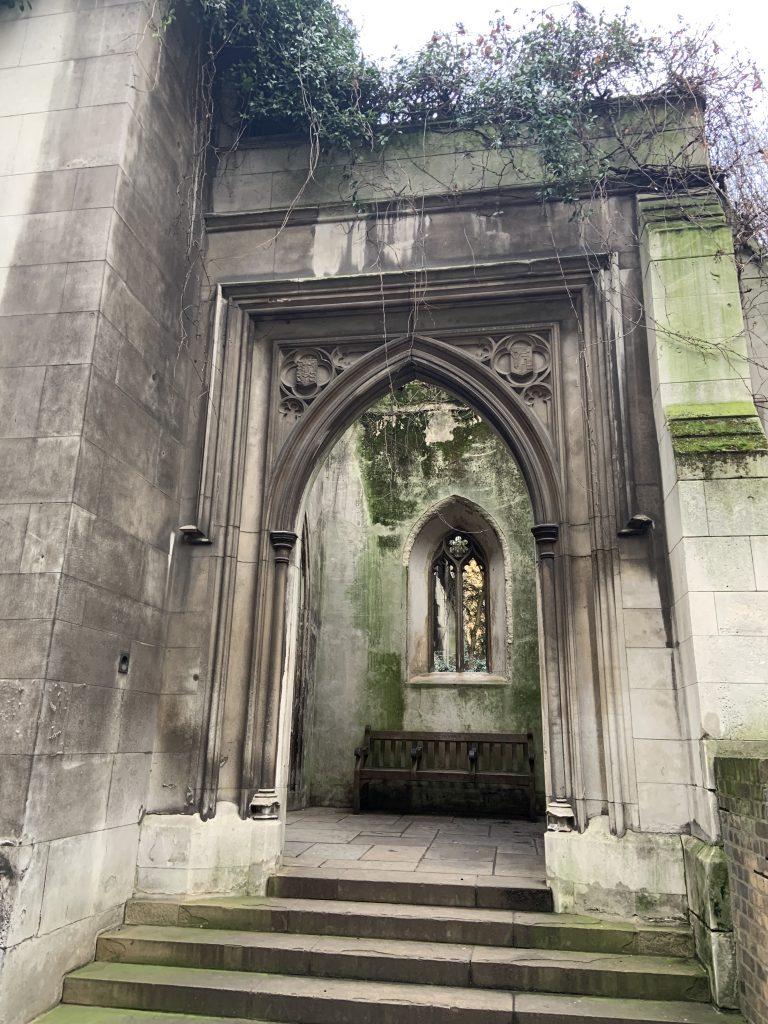 The original Church of St Dunstan was built around 1100 and is a Grade I listed building. A new south aisle was added in 1391 and was repaired in 1631.

The Great Fire of London in 1666 caused severe damage and the church had some repairs between 1668 and 1671.

Sir Christopher Wren, St Paul’s Cathedral architect, rebuilt 52 City of London churches following the devastation of the fire. In 1695-1701 he added a steeple and tower to St Dunstan’s.

The restored church had wooden carvings by Grinling Gibbons and an organ by Father Smith. These were transferred to the abbey at St Albans in 1818 after the building was found to be bowing from the weight of the roof.

St Dunstan’s was considered so unstable it needed to be taken down and rebuilt. It was designed in the perpendicular style by David Laing (then architect to the Board of Customs) with assistance from William Tite. The church re-opened for worship in January 1821. Built of Portland stone, with a plaster lierne nave vault, it was 115 feet long and 65 feet wide and could accommodate 600-700 people. The tower by Sir Christopher Wren was retained in the new building.

WWII bombing in the 1941 Blitz destroyed most of the church. Incredibly, Wren’s tower and steeple survived but all that remained of the rest of the church were the north and south walls.

When Did It Become a Garden?

There were other priorities after the war so it took some time for a final decision to be made on what to do about the church ruins. Following the re-organisation of the Anglican Church in London, in 1967 it was decided to turn it into a public garden.

The City of London Corporation added a lawn and planted trees with a low fountain in the middle of the nave. The garden opened in 1970 and won a Landscape Heritage Award in 1976.

Maintenance and improvement works took place in spring 2015 including new planting throughout.

St Dunstan in the East is a well-loved and enchanting pocket park that we all still like to think of as a hidden gem. The old church walls are covered in ivy and vines so you’ll often see visitors taking photos.

Avoid the City office workers’ lunchtime and you’ll usually be able to get a seat on one of the benches. It’s particularly lovely at the weekend when the City of London – being a business district – is much quieter. 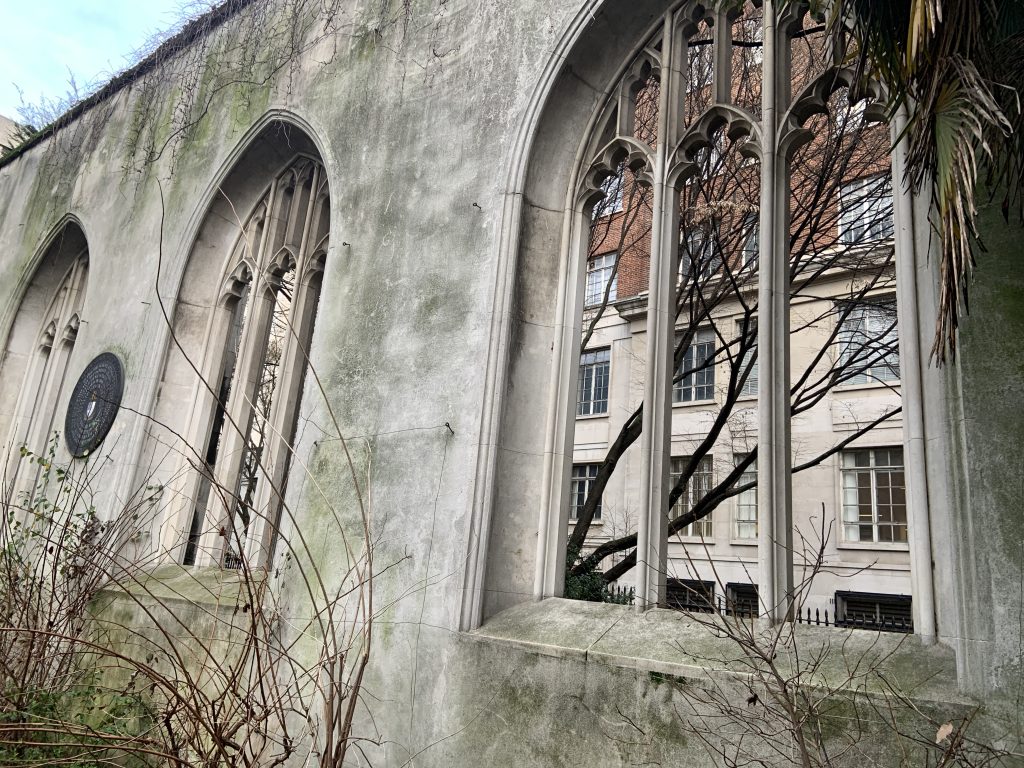 Opening hours: Seven days a week, from 8 am to 7 pm/dusk, whichever is earlier.

St Dunstan in the East is free to visit. Entrances via Idol Lane and St Dunstan’s Hill. 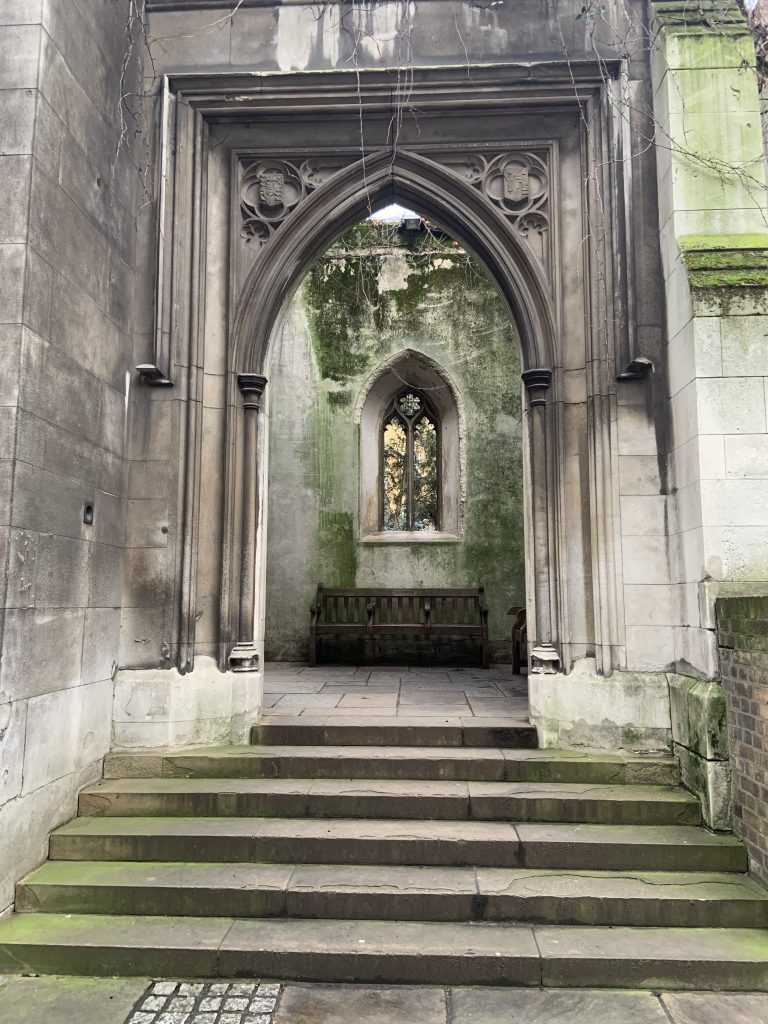 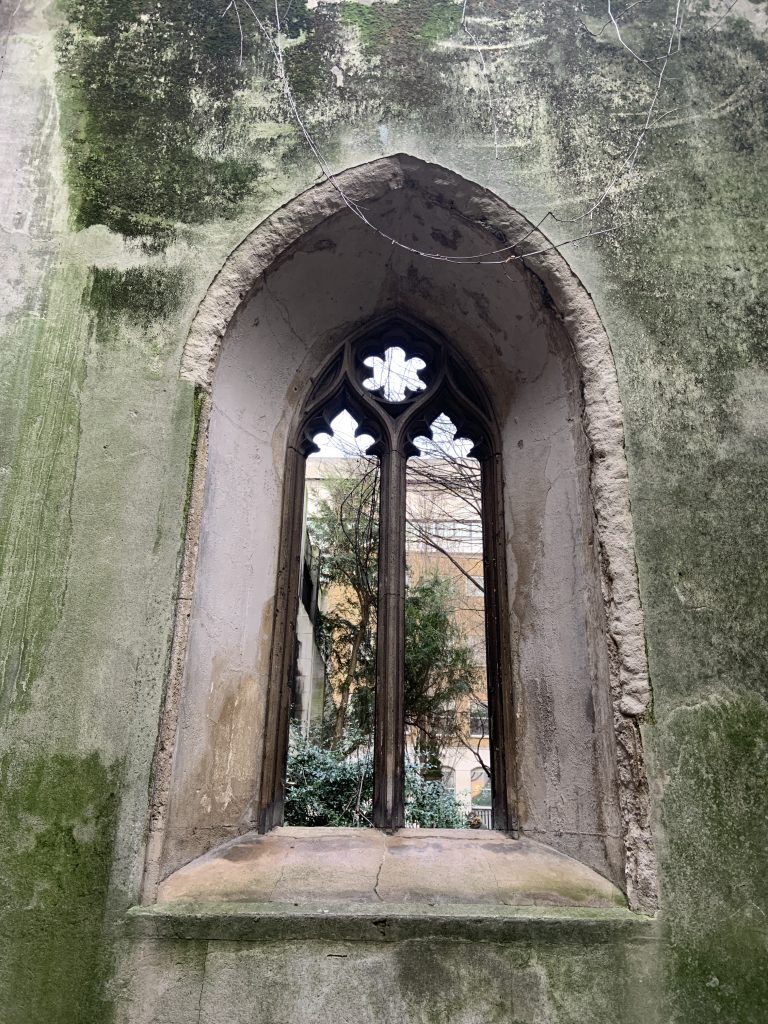 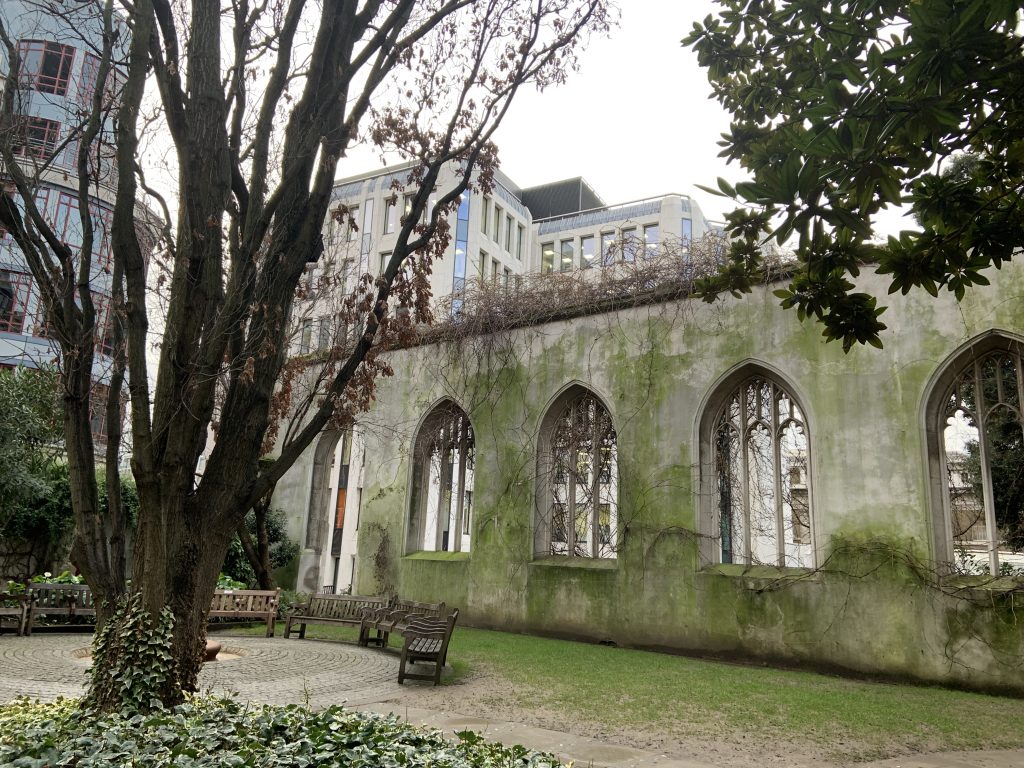 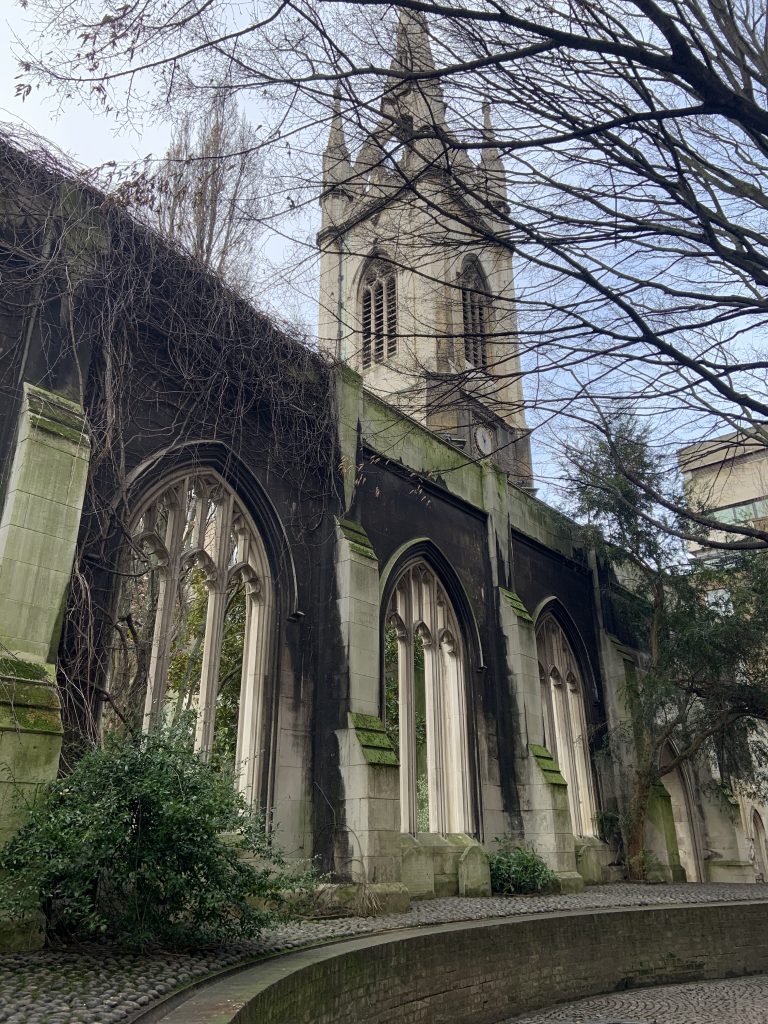