On Monday 7 July 2014, Stage 3 of Le Tour Yorkshire – Grand Depart 2014 (the Tour de France) reached London. I decided to watch at Woodford New Road (on the E17 side of Waterworks Corner roundabout) as it’s where the cyclists would first enter London (Woodford is Essex and Walthamstow is London), it’s a long straight road, and I guessed there would be lots of space to watch. I was right on all counts.

I arrived at 1pm and the caravan was due at 1.15-ish. There really weren’t many spectators there at the time so I got a good spot beside a cattle grid as I thought the riders might slow down here and it would give me a better chance to get a few photos.

The caravan arrived and our long straight road meant they zoomed down at high speed flinging freebies to the few spectators. Caps and sweets were most prized by the kids. 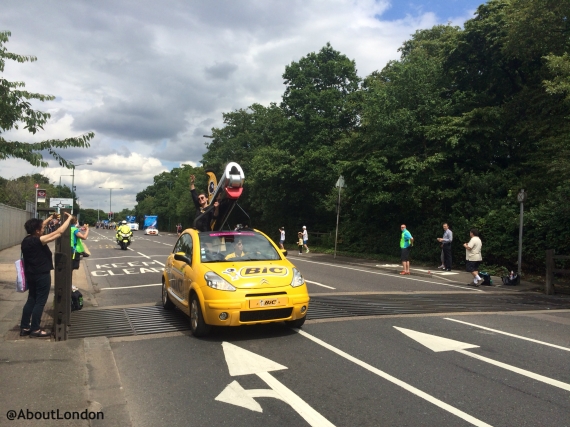 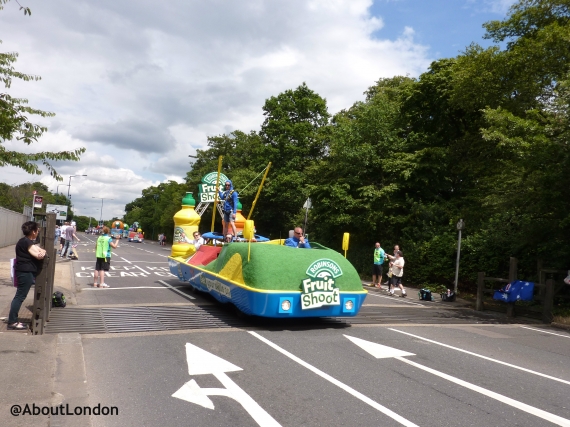 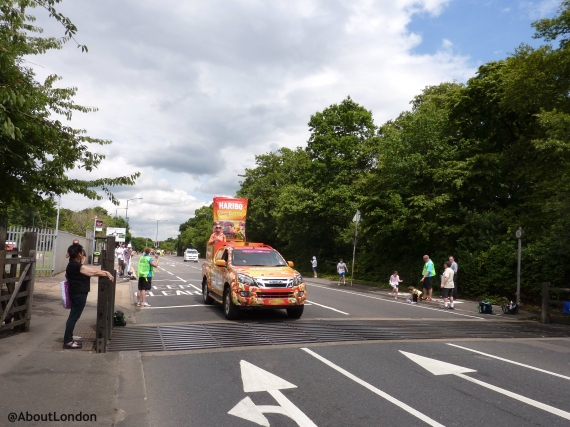 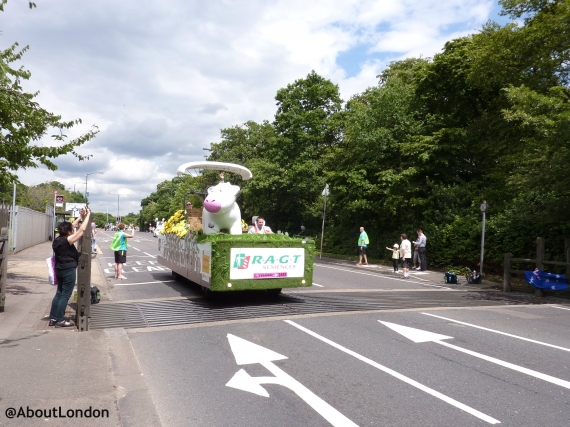 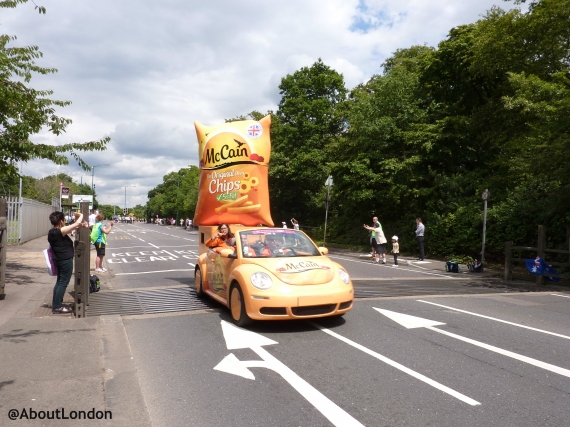 Yes, you did just see a photo of an enormous bag of McCain’s Chips.

Then it was back to waiting.

At around 3.15pm the cyclists reached this edge of London. 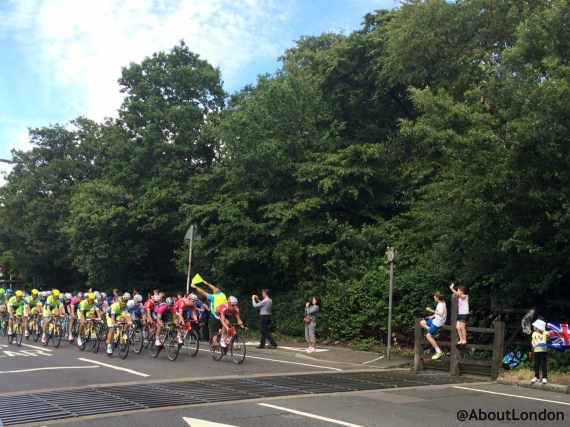 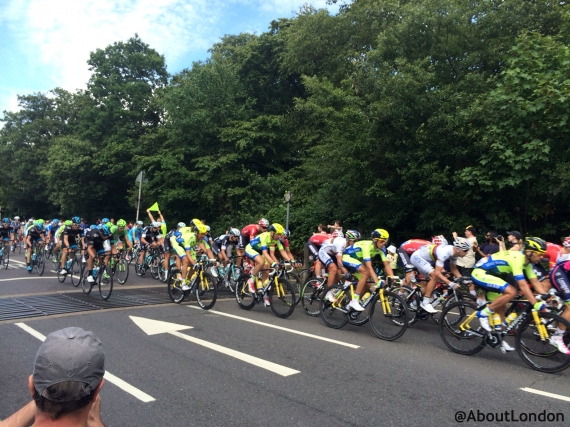 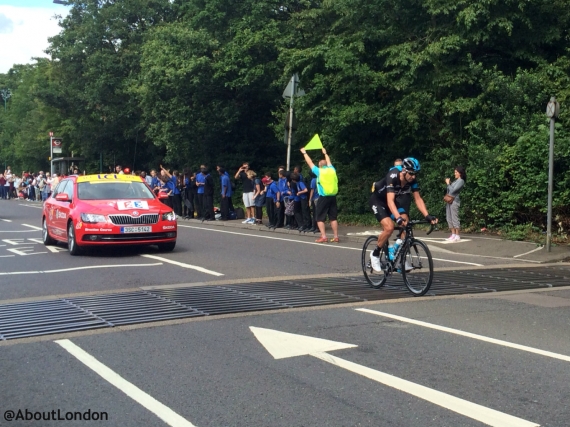 And then it was all over in minutes and the crowd dispersed. Within 2 minutes of the riders passing most of us were on our way home.