You are here: Home / London / Triangle Glass is Everywhere in London

Architectural fashion can be easy to spot with time and I sense we’re living through the ‘triangle glass’ phase right now. Stuart Nathan of The Engineer explained to me this is actually called a diagrid (diagonal grid) and “it’s a way of distributing stress, especially in a curved structure. It also uses a lot less steel than a conventional frame because of the inherent strength of the triangle. It’s a development of the geodesic dome developed by Buckminster Fuller.”

He also pointed out that we’re much more likely to see unglazed diagrids such as the Wembley Stadium arch or the ArcelorMittal Orbit Tower on the Queen Elizabeth Olympic Park or at Stansted Airport or even the Hornsey Gas Holder and the Southall Gurdwara Sri Guru Singh Sabha main hall.

I can’t stop noticing the diagrids/triangle glass in London and our best example has to be ‘The Gherkin’, also known by its address: 30 St Mary Axe. This was designed by Sir Norman Foster and opened in 2004. 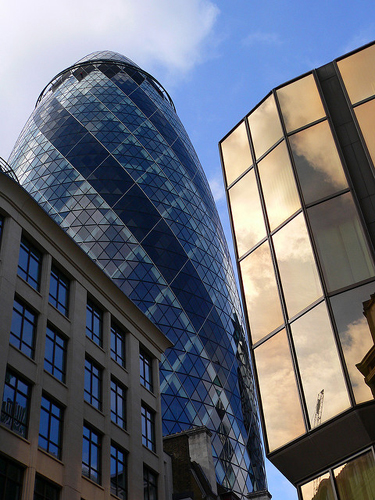 Did you know? There’s only one curved piece of glass in the Gherkin – the one at the top – and it was the only one they broke during construction.

The Great Court at the British Museum is another great example of triangle glass but this time in a building that anyone can visit for free. This inner courtyard is actually the largest covered public square in Europe. It’s another Foster & Partners design and opened in 2000. 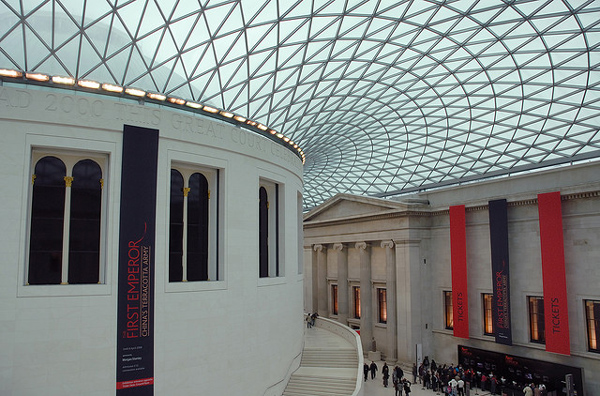 Did you know? There are 3,312 panes of glass in the canopy and no two are the same.

The Cutty Sark in Greenwich has been raised so you can walk right under the ship. There are exhibits down there and the cafe so it’s well worth a visit. And, of course, the roof is a triangle glass canopy. 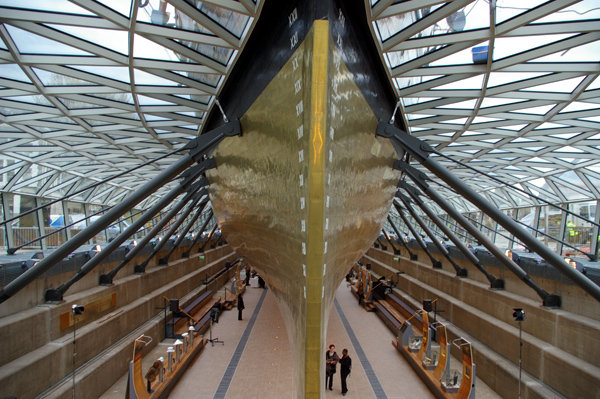 Did you know? The Cutty Sark is the last surviving tea clipper and the glass canopy is attached along the ship’s waterline.

Another architectural addition is the western concourse of King’s Cross station with its restored Victorian facades and 150m diagrid roof designed by John McAslan & Partners. While there, Harry Potter fans should look out for Platform 9 3/4. 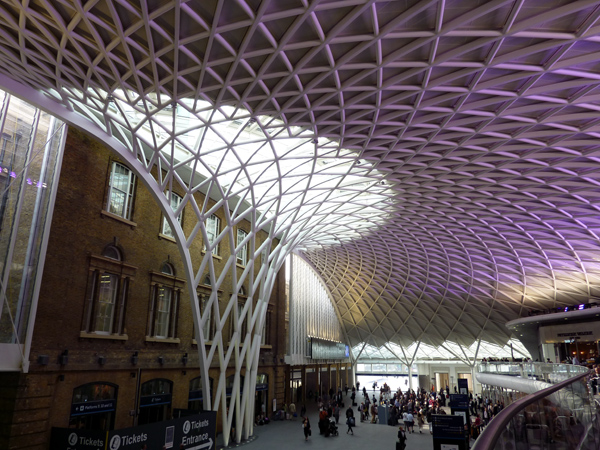 Did you know? This diagrid is designed to cover the largest area without the need for supporting columns in the middle and the steel piles underpinning the visible lattice are driven 50m into the ground.

Another place to spot triangle glass is at Westfield London, the mega shopping mall in west London that opened in 2008. 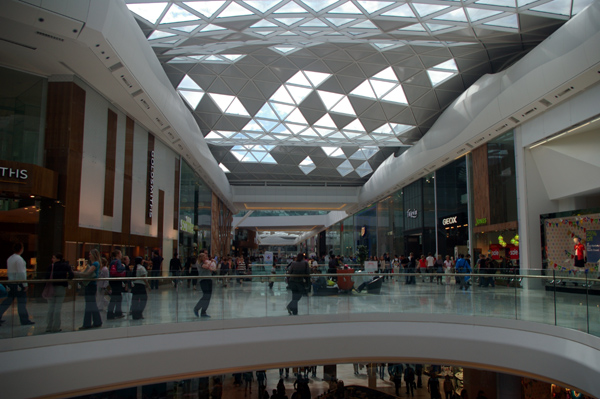 Did you know? The undulating glass roof has clear and solid panels which are carefully positioned to maximise natural light as the sun moves throughout the day.

While not completely made up on triangle glass, London’s City Hall has some featured on its waterside view. It’s another Foster & Partners building and opened in 2002. 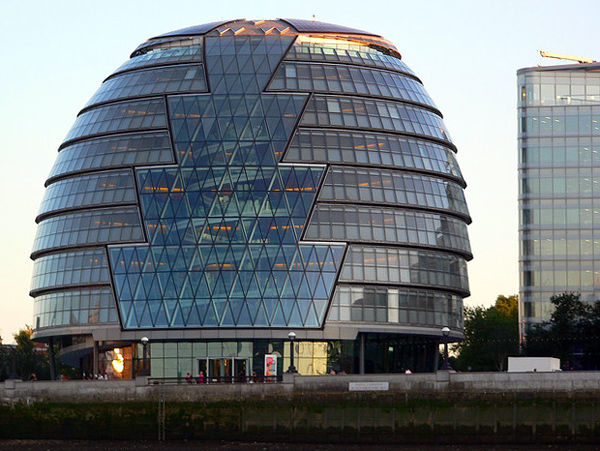 Did you know? The building’s bulbous egg-like shape was supposed to make it more energy efficient although reports suggest that might not be the case.

Can you think of any more triangle glass buildings in London? Do share in the ‘comments’ below.