I really enjoyed the Breadcrumbs V&A Treasure Hunt so was pleased when the team suggested I try the new Breadcrumbs Natural History Museum hunt.

What are Breadcrumbs Hunts?

You can sign up in advance or do it on your phone when you’re at the venue and want to have some fun. You get sent the starting point and there are a number of  clues and puzzles. Each has to be solved before you get directions to the next location.

It is suggested you will need around 2 hours to complete the trail. There’s no time limit so you can take longer, stop off, do others things and come back to it without missing out.

If you get stuck you can get hints by sending “where”, “what” or “solve”. As there are no points to win there’s no shame in asking for help, if needed. And as there are no points to lose you don’t need to worry if you send in a wrong answer as you’ll simply get a “Sorry, that’s not right” message, and you can try again. It’s always worth a try as some answers may seem too easy but it could be you are more in tune with some types of clues.

You can do the hunts alone, with a friend, with the kids or in a group. They are very good value for the fun they offer.

This trail is shorter than the one at V&A as there are 15 clues (instead of 20). The Natural History Museum is vast and this trail in no way covers it all but it does take you to many of the main artefacts plus some hidden gems along the way.

As before, the clues don’t have numbers so you soon forget how many you’ve completed and can just get on with enjoying the trail. And, as before, do remember to look up from your phone as the Natural History Museum is crammed full of wonder.

Talking of wonder, the trail does take you to the Hintze Hall (what you see first if you go in the front entrance but this trail starts from the side entrance) so you can get that ‘wow factor’ from Hope, the suspended blue whale skeleton, and the new ‘Wonder Bays’ at the sides. 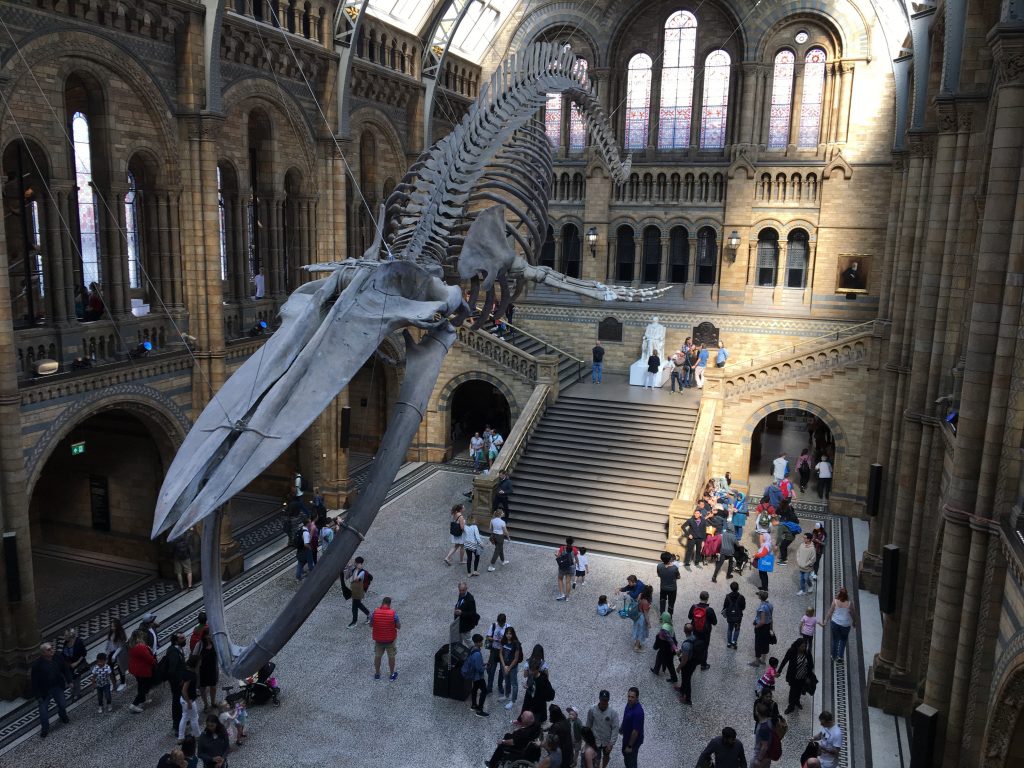 The trail does suggest a refreshment break along the way near the Central Cafe but I would recommend going to the cafe by the Exhibition Road entrance as this was much quieter (so go at the start or end of the hunt). 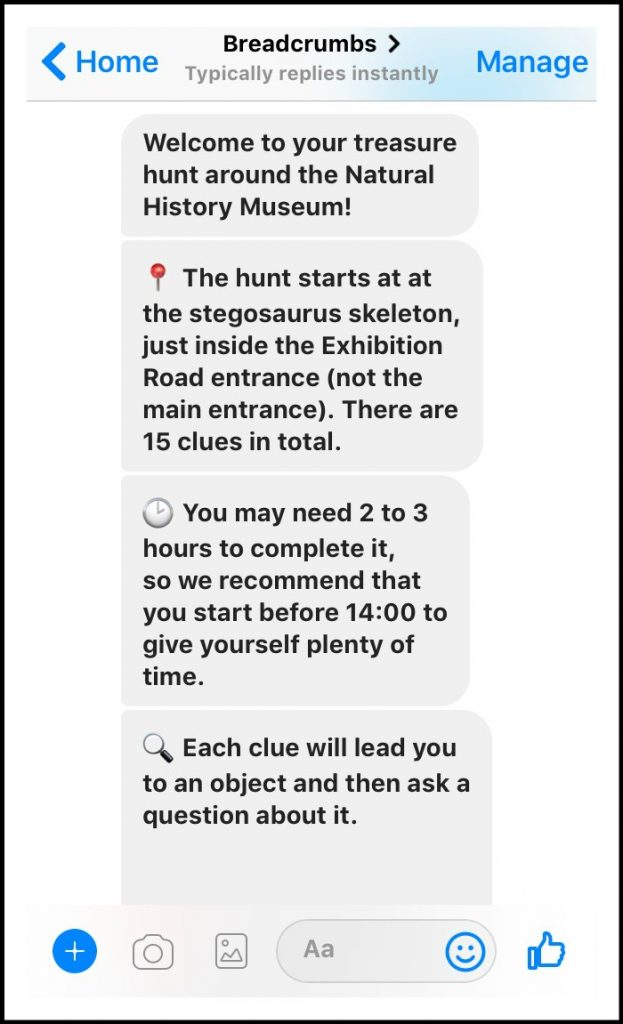 As I was at the museum on a weekend in the school holidays I was expecting it to be busy. But following the trail made it easier to not be so aware of the crowds. We had a focus to our visit and didn’t need to look at everything.

Even with good knowledge of the building already, there was no way I could have completed the trail from memory as you really had to be there and look closely.

When we were in a quieter area of the museum a member of staff asked us what we doing so we showed them our next clue. They laughed when they worked it out (and we were grateful for the assistance on a tough puzzle). 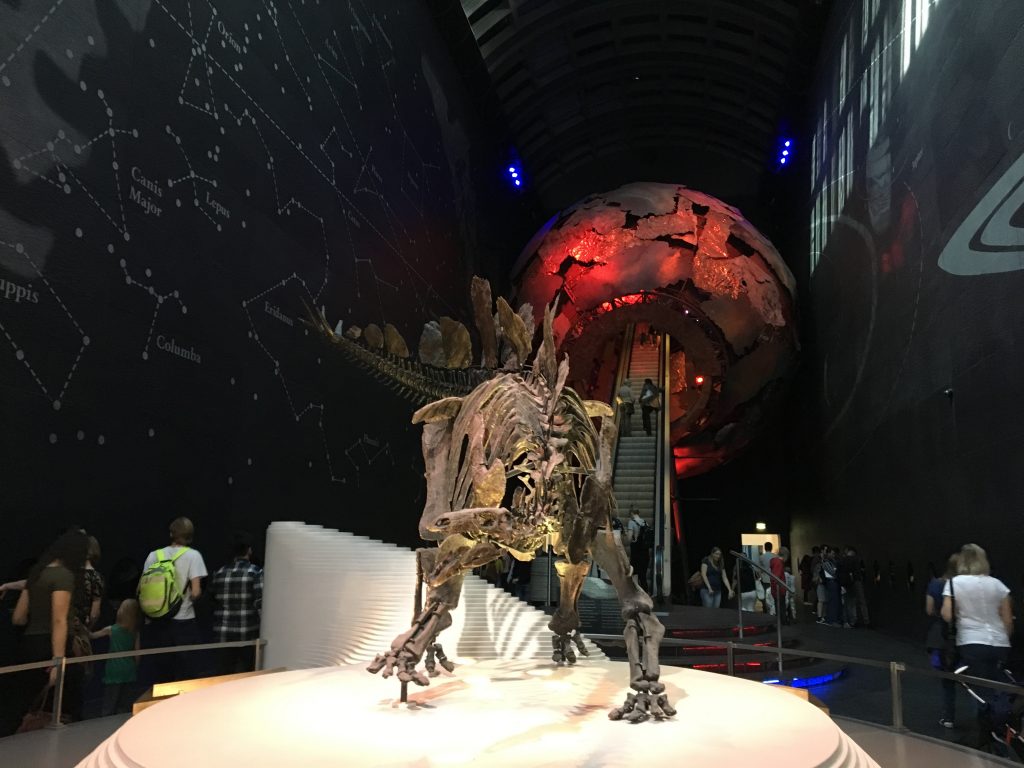 The responses were always fast and we liked getting the emoji replies when we got something right.

When I found out the trail was heading into the Dinosaurs Gallery I was filled with dread as this has always been the most popular gallery in the museum. So I was pleased to discover the Dinosaurs Gallery has changed. There’s no longer a winding line to enter and you don’t go up to the raised walkway any more. You enter along the side, straight into the exhibition on the ground floor, and have the option to not see the roaring T-Rex (the only section where there could be a wait to enter).

The trail does have a question about the detail in the building so you should take time to admire the relief carvings. 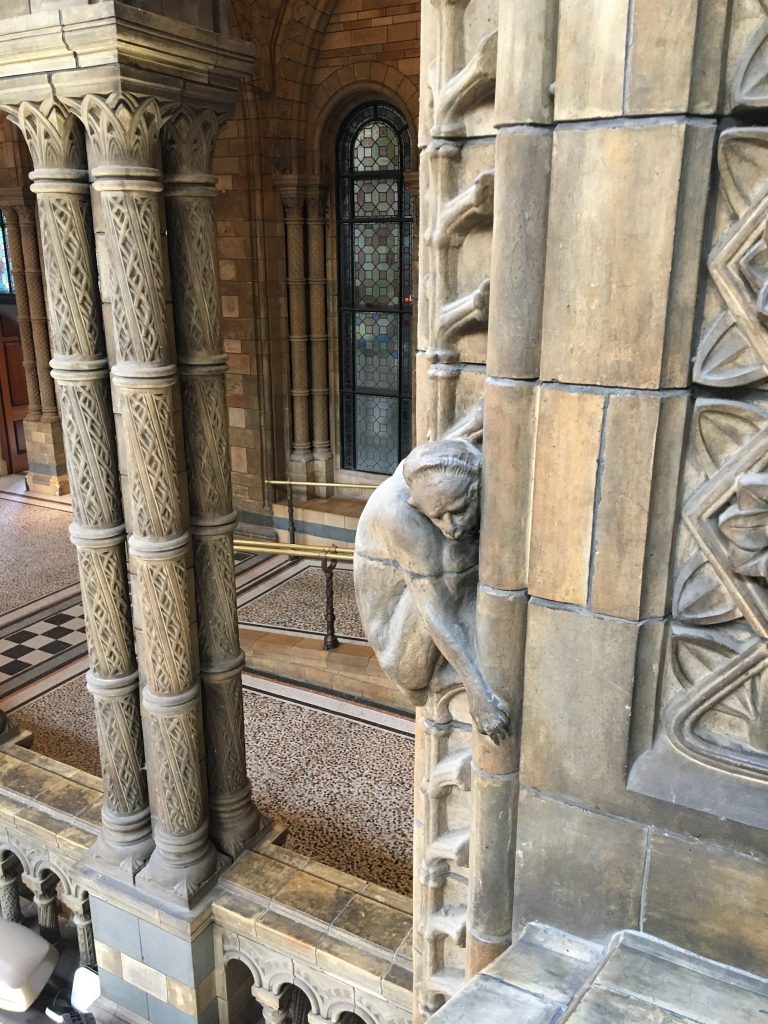 There was a moment near the end when I was clearly overthinking things as I couldn’t work out what “Decoding to English” could mean. Thankfully, my friend pointed out it was simply ‘translate the Latin’ from the exhibit captions.

When we sent in the final answer we got a fireworks congratulatory GIF and we celebrated in the nearby shop. 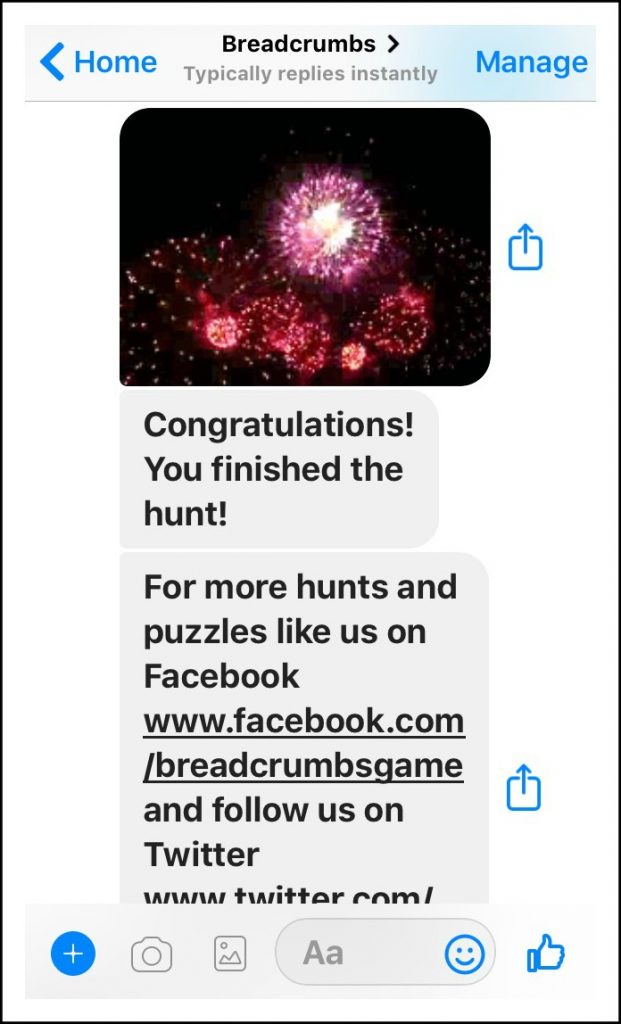 I was impressed by the route as it did take us to some quieter areas of the museum proving there’s always room to find peace even at such at a busy museum. We didn’t go to the Mammals gallery in the Blue Zone but we did see Guy the Gorilla from London Zoo (died in the 1970s) and saw things in galleries we had both been too lots but hadn’t noticed the detail.

We took about 1.5 hours to complete the trail. Maybe we were faster as we had done the V&A Breadcrumbs Game before so had an idea of the type of cryptic clues. And because we’re both Londoners who know the museum well already.