You are here: Home / Outside London / North Yorkshire Moors Railway

While planning my UK road trip (did you see my post about The Midlands?) there were some places that just had to be included and a ride on the North Yorkshire Moors Railway was one of those.

Trains these days are all about commuting, speed, and efficiency – or that’s what we’re told – yet the images we see in children’s books are always of steam trains and time for friendship.  Thomas the Tank Engine would have us believe these trains are still standard in the UK but they’re not and you need to search out the specialist railways such as the NYMR.

The NYMR railway runs from Pickering to Whitby with stops at Levisham, Newton Dale Halt, Goathland, Grosmont and Whitby. I wouldn’t call myself a rail enthusiast but seeing a steam train arrive at the station is quite magical and makes you feel young inside. Everyone from toddlers to grandparents all smile, wave and take photos, even if they are not taking a ride on the train. 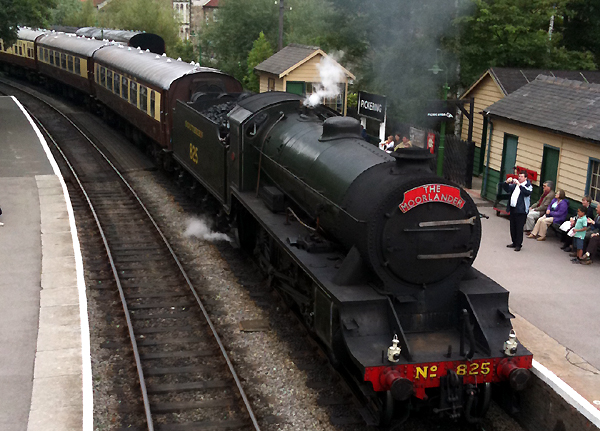 I did go on-board as I wanted to see a particular station, the celebrity station on the line: Goathland. For many, this is known as “Aidensfield” from the Yorkshire TV programmeHeartbeat which was filmed here for many years. 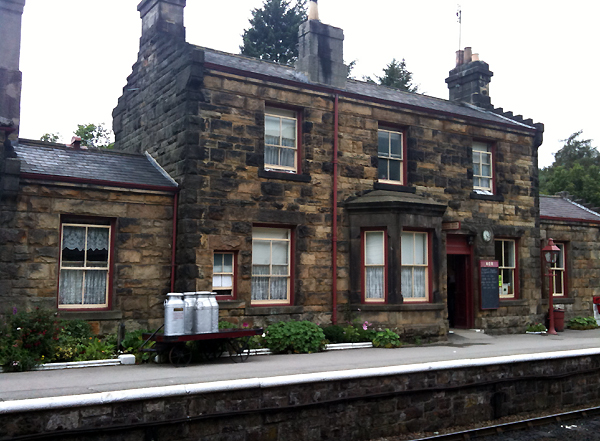 I asked station staff about the popularity of the station and they told me numbers have increased from under twenty passengers a day when the line was in regular use for commuters to now when it receives hundreds a day.

Visitors to the area can take the short walk to the village of Goathland or can stay at the station and enjoy tea and refreshments in the converted 1922 style goods shed. I looked around for signs of the TV series and famous film but this has been kept more as an authentic village station and therefore there’s not much to help you recognise this famous location.

The NYMR celebrated the 175th anniversary of the Whitby & Pickering Railway in 2011. After my dining trip on the Orient Express I am interested in heading back up north as many call the NYMR “Yorkshire’s answer to the Orient Express”. 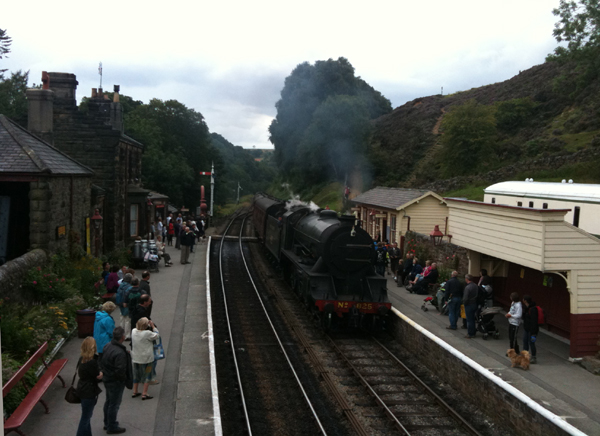 The NYMR is run mostly by volunteers and rail enthusiasts and is a charity that exists to “bring the experience and excitement of past rail travel to today’s generation.”

I stayed overnight in Pickering at The White Swan which is a 16th century coaching inn with a choice of accommodation from vintage rooms with four poster beds in the main building to the newly converted stables with a contemporary design.

As well as the quality of the food, the hospitality stood out here as staff really seem to care and service was a notch higher than expected. And do read the Guest Welcome Pack in the room as it’s full of Yorkshire humour.

This post first appeared on the Visit Britain Super Blog in 2011.