On Saturday 2 August 2014, I was lucky enough to not only see a steam train on the London Underground but to also take a ride from Moorgate to Hammersmith and back. And don’t worry, you’ve not missed out as there’s more to see on Saturday 9 August 2014 too. 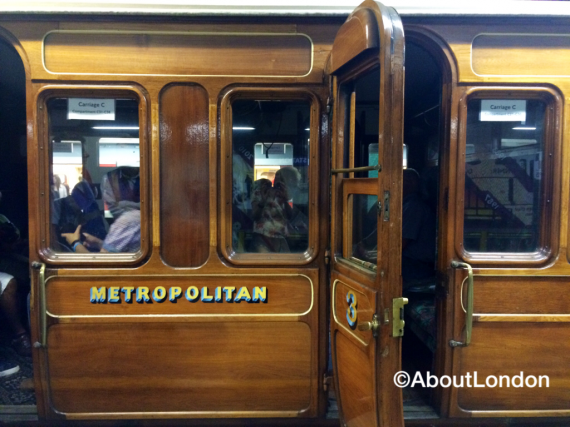 This heritage outing day was part of the 150th anniversary of the Hammersmith & City Line. Special steam train journeys were slotted in between the normal tube service which made a nice surprise for those on the platforms waiting for their usual train. 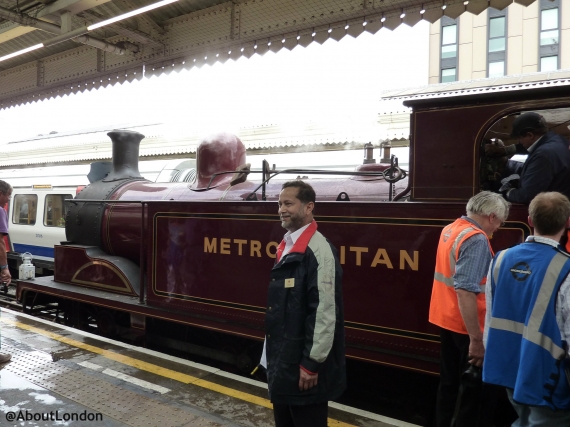 The Hammersmith & City railway opened on 13 June 1864, just over a year after the very first underground railway opened in January 1863 and at a time when horse drawn omnibuses were still in use and the world had yet to see the invention of motor car, television and telephone.

The line was part of the Metropolitan Line until 1990 when it was given its own identity as the Hammersmith & City Line. 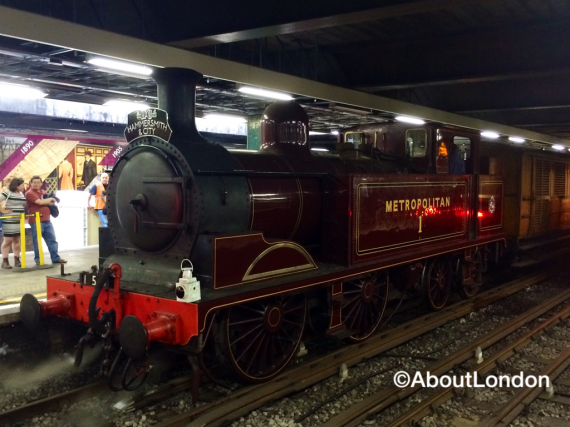 Metropolitan Railway Locomotive No.1 was the very beautiful engine that pulled our train. This dates back to 1898 and was restored for the 150th anniversary of the Underground in 2013. 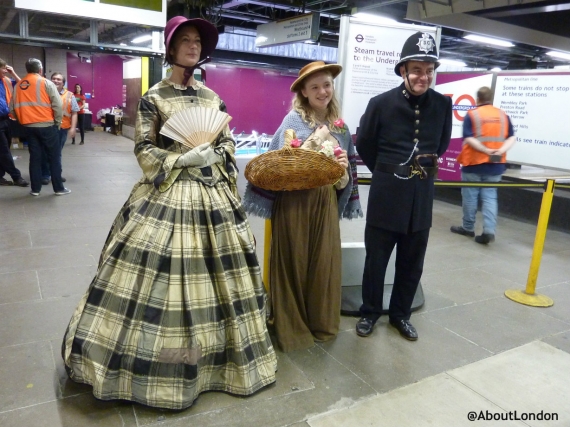 At Moorgate station, we were greets by a brass band and actors dressed as Victorian characters who were happy to chat and pose for photos. 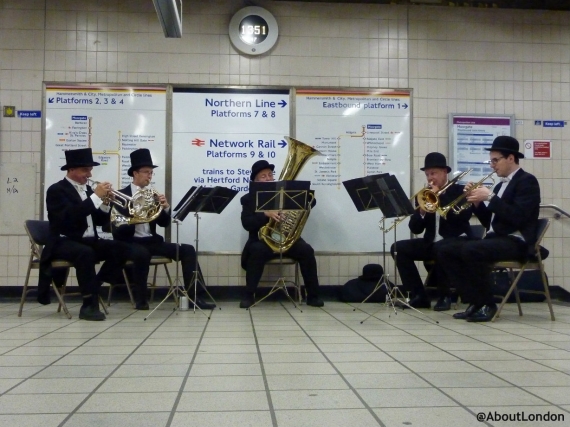 The public got to travel in the Chesham set coaches which were built in 1898 and 1900 and are on loan from the Bluebell Railway. The carriage I was in was from 1900 and was withdrawn from service in 1936. It was the same as the one in the London Transport Museum and was sold to the Bluebell Railway for £65. It was used in the Clockwork Orange film and was restored over the last ten years. 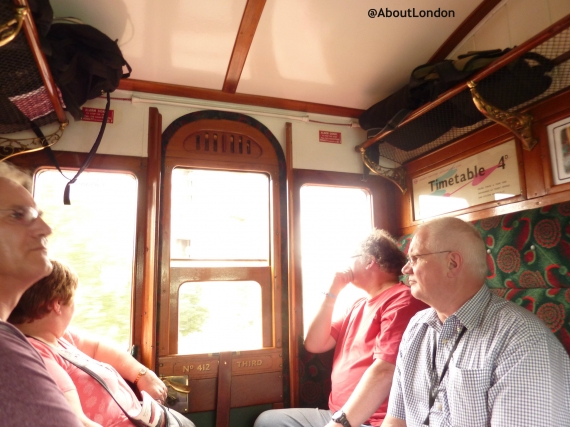 A volunteer travelled in each carriage to keep us safe and to share information about the train and the line. 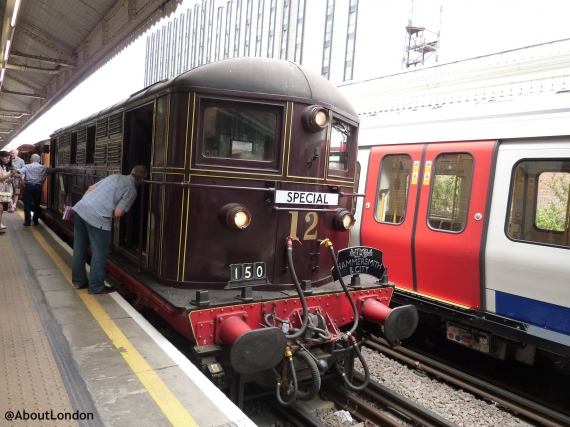 I simply loved the sounds and smells. The whistle and the ‘chuff chuff‘ sounds of the engine raised a smile from us all. And the reactions of the people on each tube platform was fantastic. Some had been waiting all day and had top of the range cameras and others were caught by surprised and grabbed their mobile phone to get a quick snap while beaming with delight. 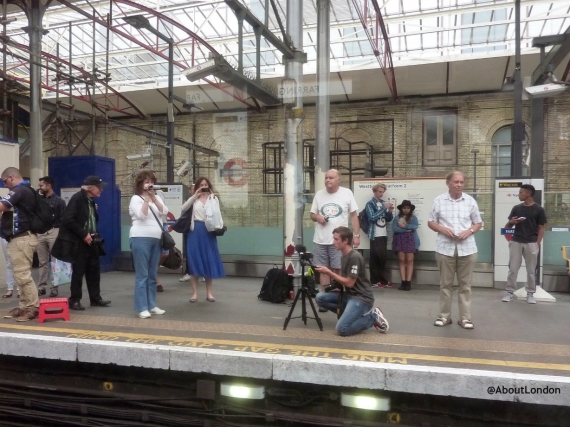 The smell of the hot coal wafted into the carriage along with soot which also made us all grin. I think we all felt it was a bit more ‘real’ to get a little grimy on a steam train. 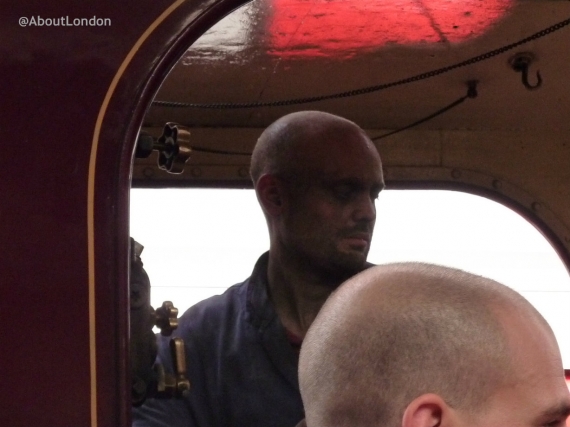 The men working in the engine were completed blackened from working with the coal all day. My daughter thought it was all for effect as we’d just been with the Victorian actors until I explained what they had to do to make the engine work.

There were also heritage buses at Hammersmith station and I was thrilled to see the Battle Bus as it had visited my daughter’s school and I missed it! A quick chat with the staff and I discovered the bus was actually built just around the corner from my home. 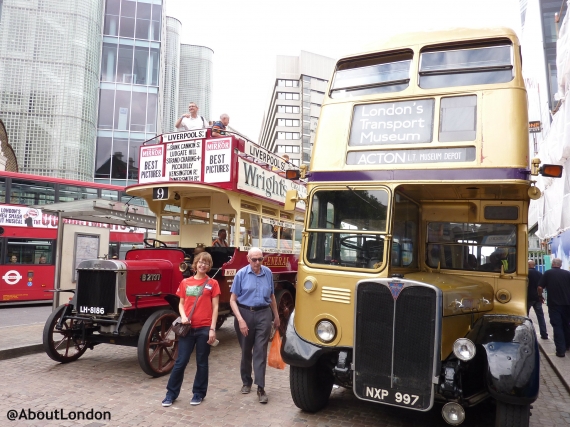 As I said at the start, you haven’t missed out as there are more heritage trains journeys on the Hammersmith and City Line on Saturday 9 August. There are also steam trains on the Metropolitan Line on 16 and 17 August. Find out more and book tickets.

If you aren’t able to book a ticket do check the timetable as you could still see the train along the route.

If travelling with children you may also enjoy The Isles of Scilly, Suffolk and South Wales. And these Classic British Children’s Literature Locations are worth considering too.