You are here: Home / London / London Attractions / The London Dungeon

The most well-known scare attraction in the capital, The London Dungeon is a walk-through experience where entertaining actors in immersive sets give you a frighteningly funny history lesson.

You can’t touch the actors and they won’t touch you so all the fear is your mind playing tricks on you with darkness, sounds and smells. 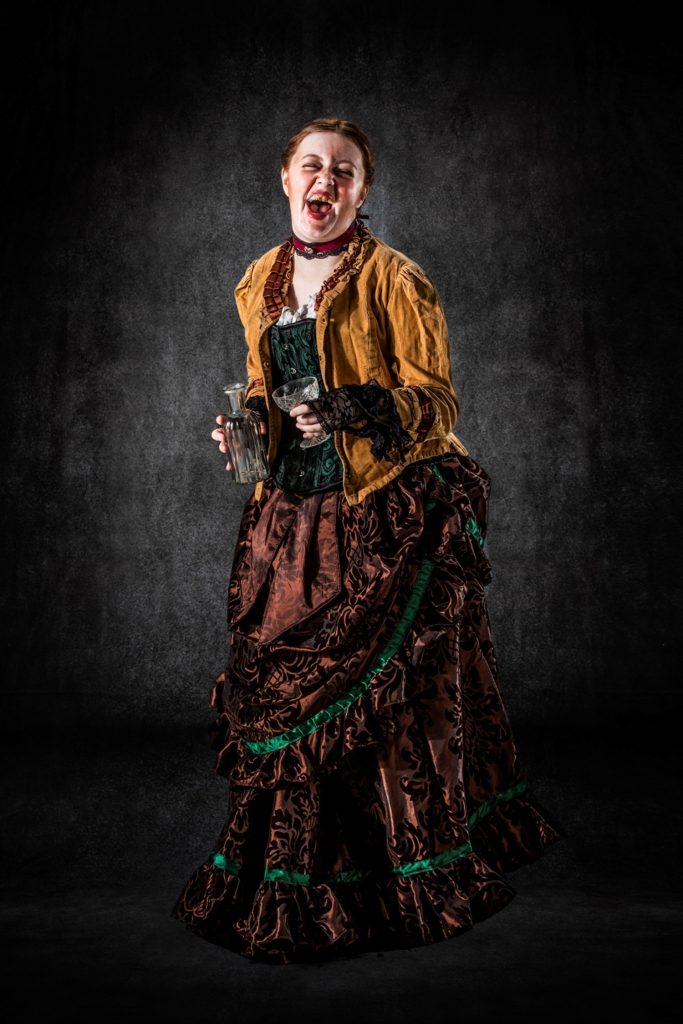 Where It All Starts

You enter with a timed ticket and wind your way along a dark passageway with live rats in glass cabinets. The brave among you can climb underneath and pop up in a glass dome inside the rat’s enclosure to get really close to them. You can take photos here but it’s dark so don’t expect much.

There’s the obligatory official souvenir photo opportunity and then a short wait until you enter in groups of about 30-40 people. You get the introduction talk from an actor who explains it’s no mobile phones and no camera from here on in so give in to the fun and put the gadgets away. 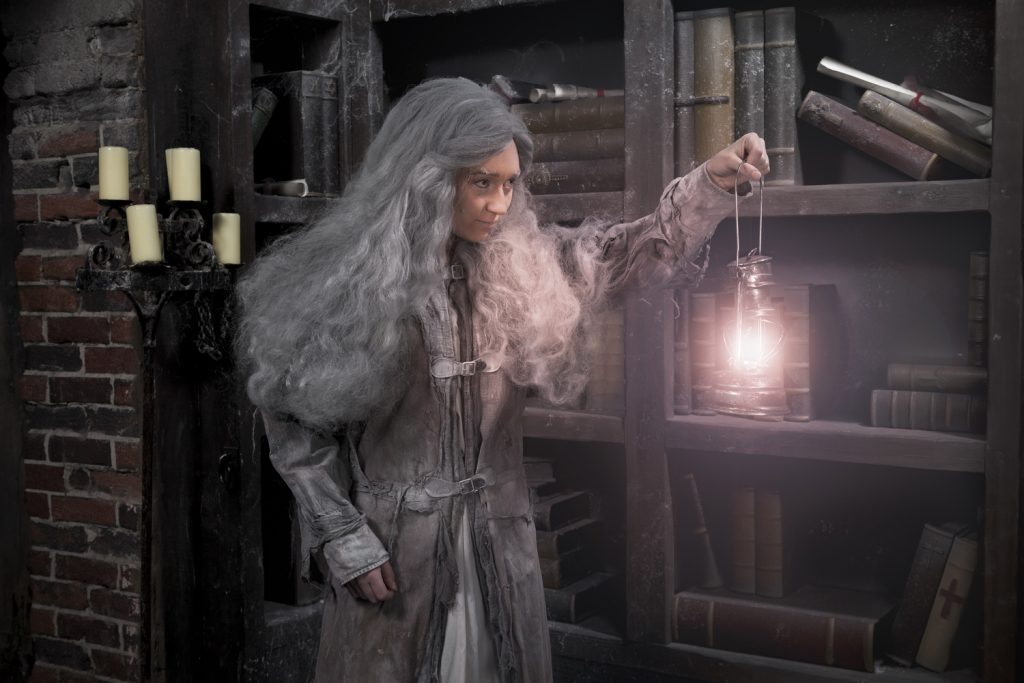 You enter a large lift and the historical journey begins with the first of two rides coming quite quickly. It’s an indoor boat ride and you pass mannequins and the like to get you in the mood. You may get a slight spray of dampness but shouldn’t get soaked.

As you leave the boat ride you meet The Keeper of the Heads who keeps the group entertained with tales about heads on spikes until everyone completes the boat ride and it’s time to meet more actors.

There are 19 live shows in The London Dungeon and the tales are mostly about London’s history. You’ll meet Guy Fawkes who tried to blow up the Houses of Parliament in 1605, the Plague Doctor from 1665 and hear tales from the 1666 Great Fire of London.

There’s also a visit to Mrs Lovett’s pie shop and Sweeney Todd’s barber shop, plus the Jack the Ripper streets and a stop in the Ten Bells pub.

It’s then The Courtroom, the Drop Dead ride and the final stop at The London Dungeon Tavern.

I took my 10 year old daughter to The London Dungeon and I asked for her opinion.

I loved it! It’s very entertaining but scary. I was braver after the boat ride. Much more scary than The Edinburgh Dungeon.

So, not wishing to start a war between the different Dungeon experiences around the UK, but my 10 year old says The London Dungeon is the most scary.

There are some weird smells at the start and I seem to remember something about a lot of scientific research being done into the right smells to use in here but most of the group just covered their noses until we got past the unpleasant aromas. Yet in the Great Fire section there’s a burning smell and that works well. 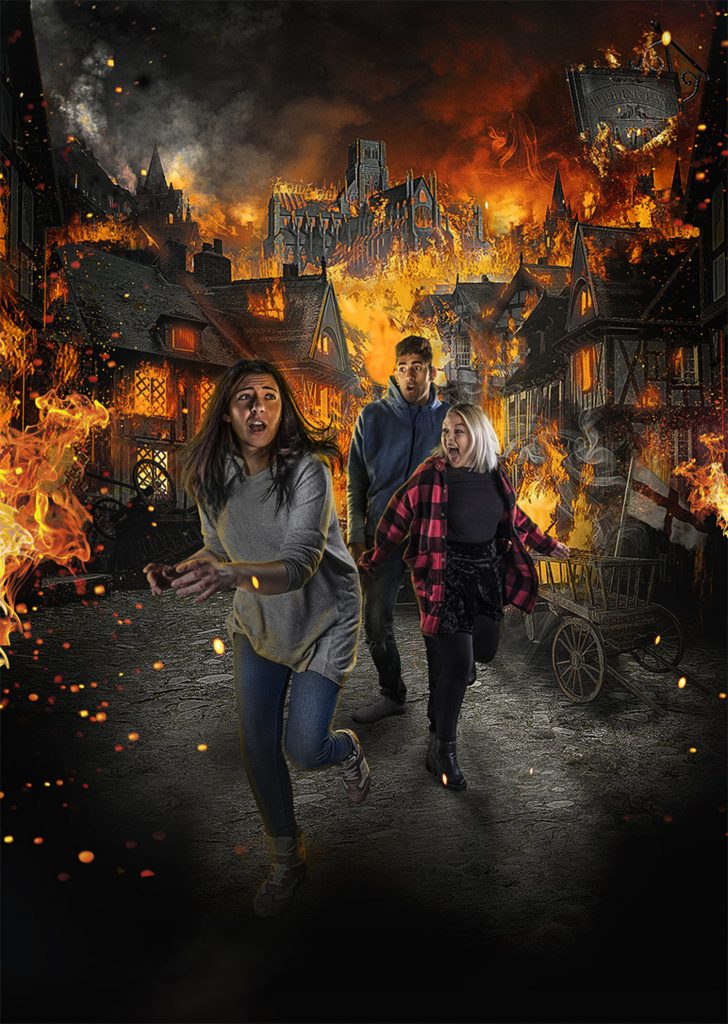 The actors aren’t just delivering a history lesson – although kudos to them for having accurate facts to share. No, they are here to entertain too so the innuendos are there to make all the family giggle. The Torturer has a special implement for removing a part of a man’s anatomy and the joke is that she only needs a ‘little chopper’ for the member of the public who has to sit in her chair. And the member of public who gets called to the dock in the courtroom is named ‘Little Willy’, an associate of the highwayman Dick Turpin. 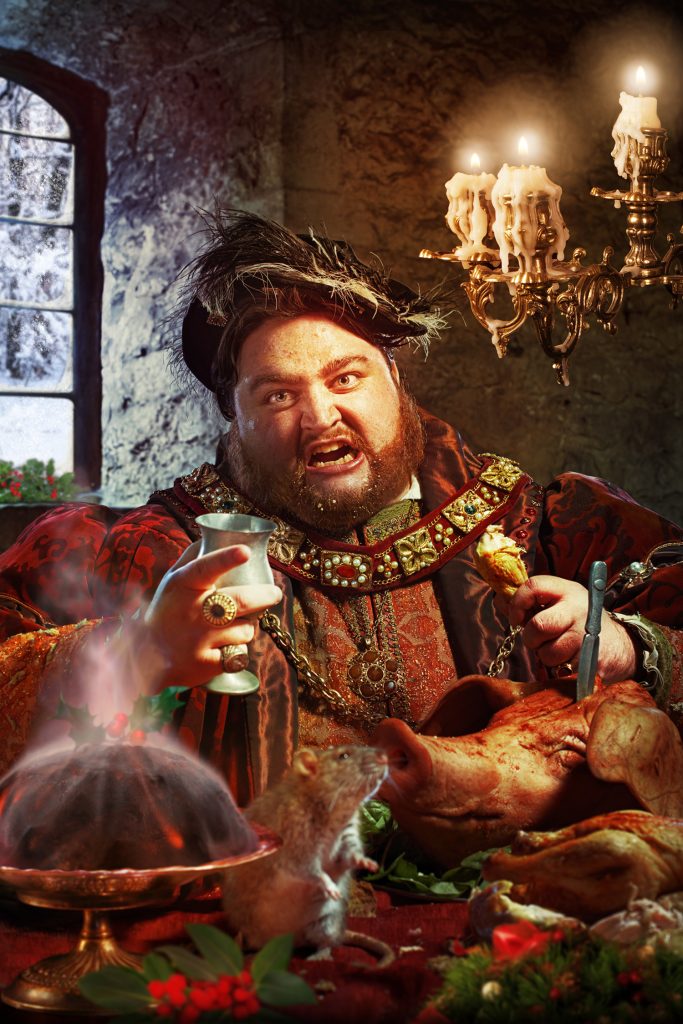 A section I hadn’t seen before, The Tavern is the final stop of the tour. It’s a realistic, dodgy Victorian boozer and the first drink is on the house (free). There’s piano playing and music hall tunes sung by the feisty landlady too.

There’s no gift shop so you can buy your souvenirs here before exiting in to County Hall. 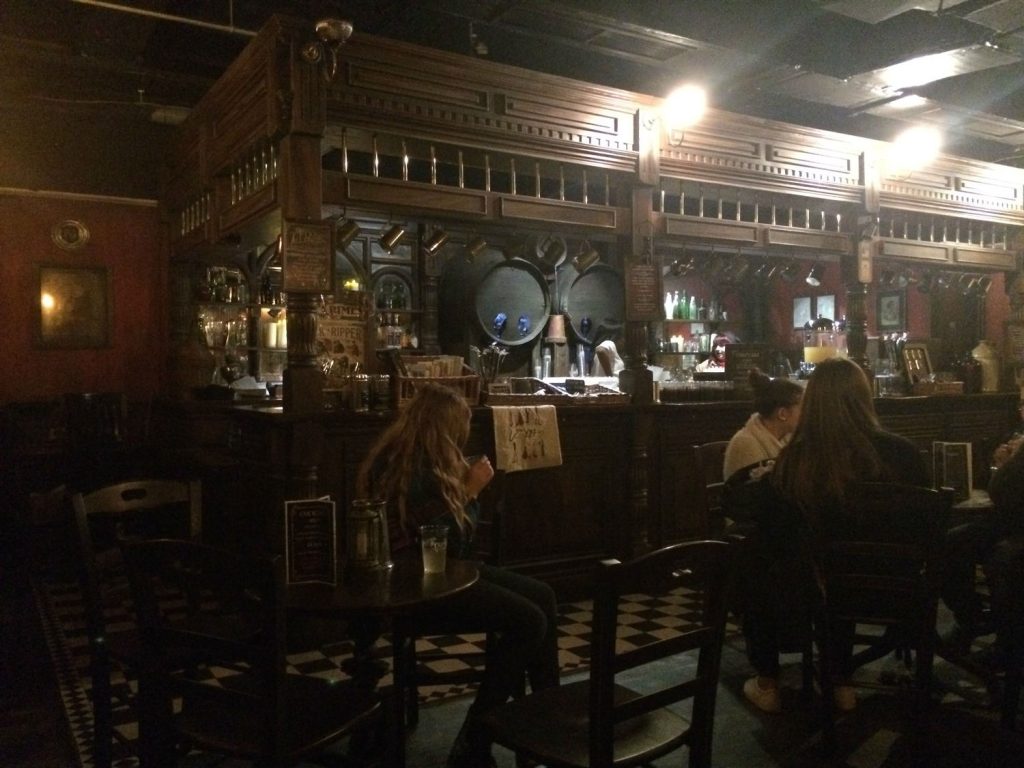 Once you start the journey it takes about 1.5 hours to get around. Then you get to linger in the Tavern so add on another 15 minutes or so. 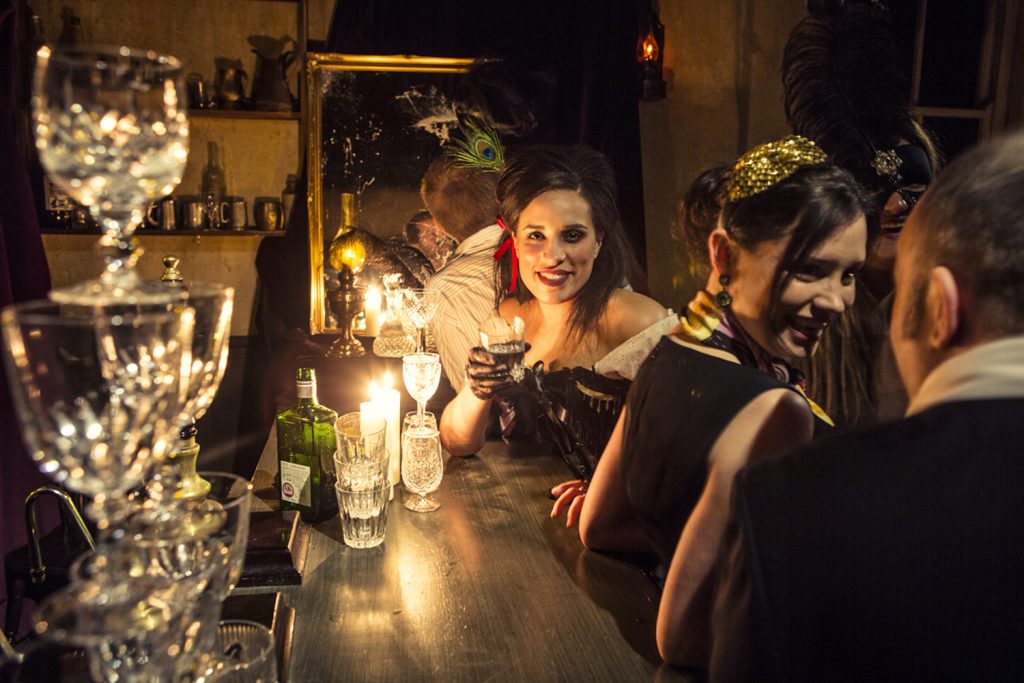 The London Dungeon is well know for the long lines of patient visitors waiting outside so how can you avoid the queues? My best tip is to arrive early. We walked up without a ticket at 10am on a Sunday and were able to get a ticket within minutes and go straight in. By 11am, the lines will have started and by midday the wait can be long so early is best.